Sarath’s bookkeeping was impeccable as always, but there were more blank spots. It was noted that nine women were not properly keeping up with repaying their loans.

The school Principal’s question on whether we would like to go and visit those ladies, we answered with a clear “No!”. He became slightly insecure and added that seven out of nine women who had finished off their loans had applied for a new one.  Our only reply was again a clear “No!”.

He was visibly in a dither and he looked from me to Michel to Roy and back. I put it to him in clear words.  We had gone with the country-specific diplomacies on our previous visits.  That we had better things to do with our time and the sponsorship money from the Bank CIC, than to force our help on people who did not even appreciate it. 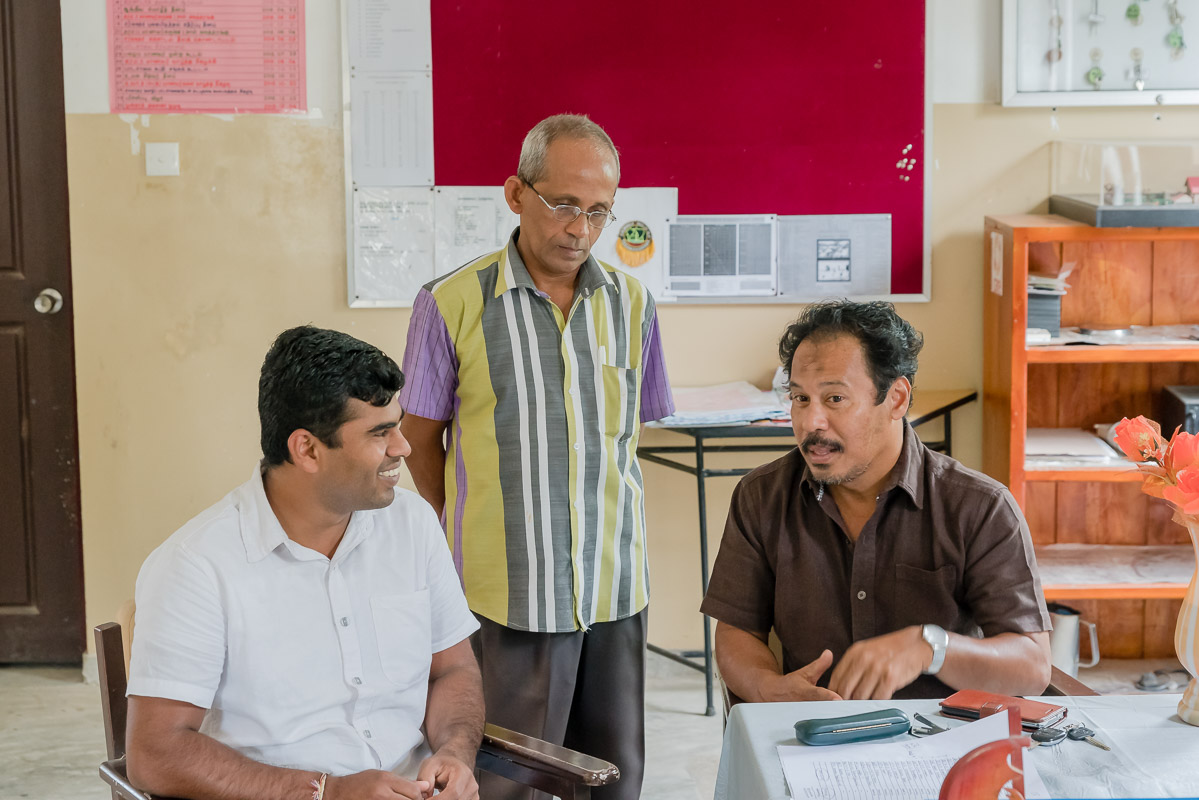 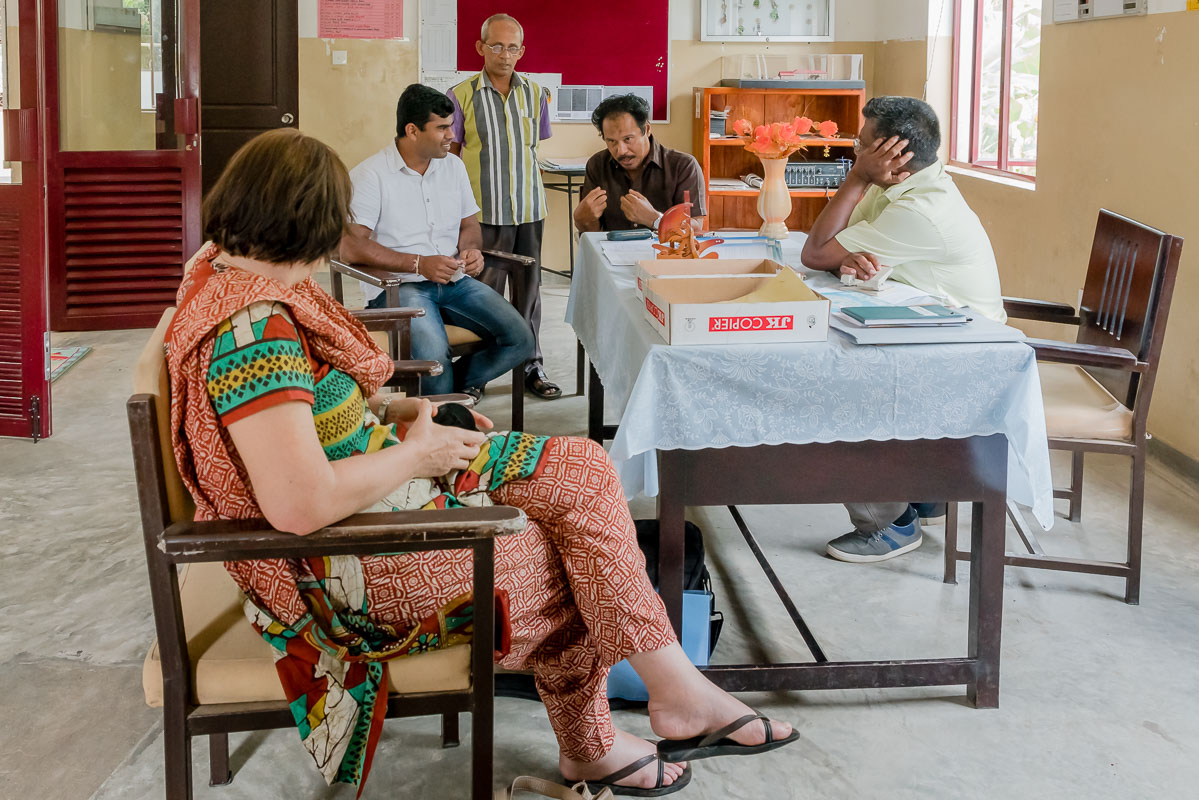 We had the chance to witness the practice of the Hatton National Bank just a few days before.  An employee of the bank had seated himself in front of Chammi’s house, a police man in civil clothing sat in the corner and the women were lining up to pay their installments. Each one able to produce two guarantors could apply for a loan up to Rs. 60,000 depending on the income or property ownership. Repayable within 12 months, interest rate 26%................

Not that we would agree to this practice! In actual fact, this reminded us more of robbery. But with this knowledge, it was even harder to understand how it might be dealt with for the micro-credit program in Kirinda. The ladies in question surely were aware that they had not put their signature on a survey and we were positive that there was the possibility of legal action, if everything else failed. We would not put the blame on Sarath as he would simply not have the authority to achieve this alone.

The Principal kept nodding and promised to visit the women personally.

It was our humble opinion that this would not be sufficient either, as we had done this in the past. Everybody would nod their head and meanwhile, they might be asking themselves how long they would be left alone? …….…. until our next visit.

Did he have an idea how many of the seven ladies applying for a second loan would do this with the knowledge how many others would get away with not paying their installments? Maybe it would be an idea to look for the company of a policeman like the guy with the Hatton National Bank? The word “police” visibly shocked him and glancing at Michel he said something in Singhalese to Roy. It had to be something in the line of: “he is not saying anything………” Without leaving Roy a chance to reply I gave him a direct answer and his reaction (she even understands Singhalese!) proved that I had been right.

After almost 40 years we are a well-rehearsed team. He lets me do the talking up to a certain point and the Principal should consider himself lucky that we have not reached that point …… yet!

A lively debate started and it was decided to call the Community Head.  These Community Heads are government servants and everybody in need of an official paper has to turn to them. He also keeps track of the marriage and birth registry, and so on. A man with influence, so to say, and after a phone call it took him only a short time to appear in the Principal’s office.

He listened to the facts and promised to talk personally to the women. He had not known about this credit program and it would be in the interest of the whole community if this program would be continued. 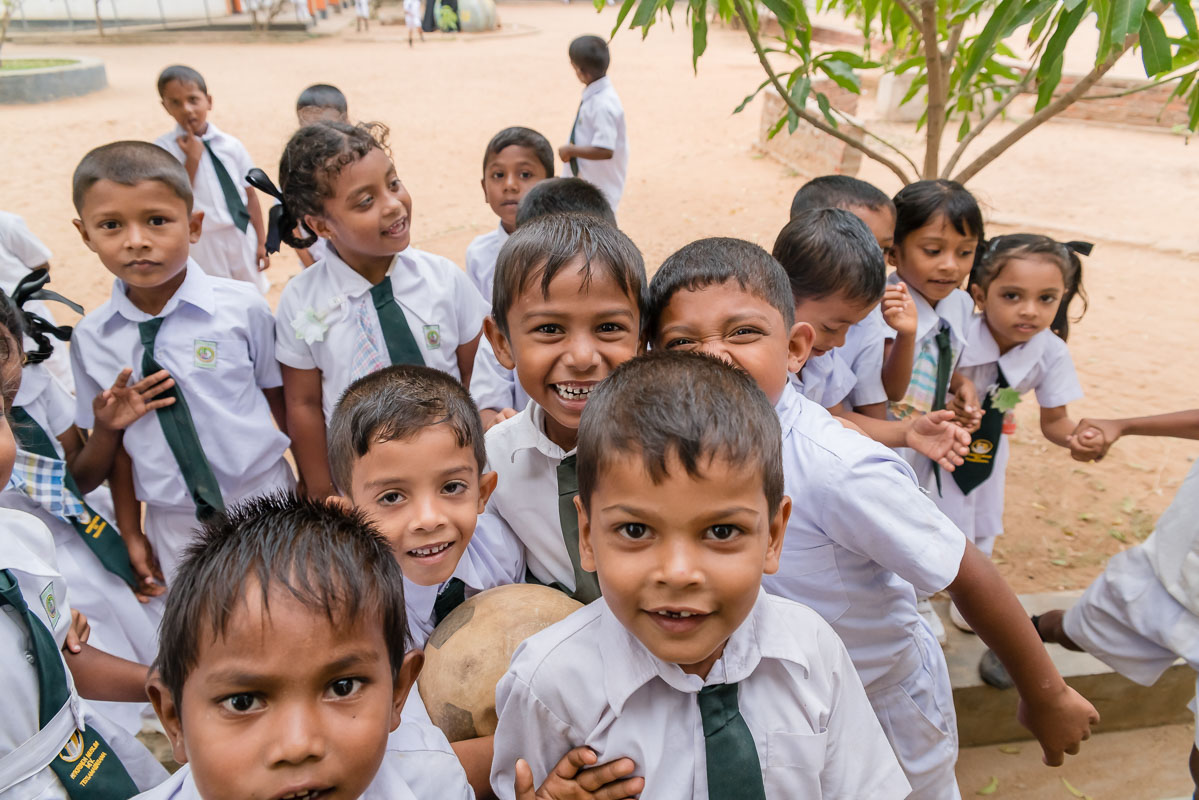 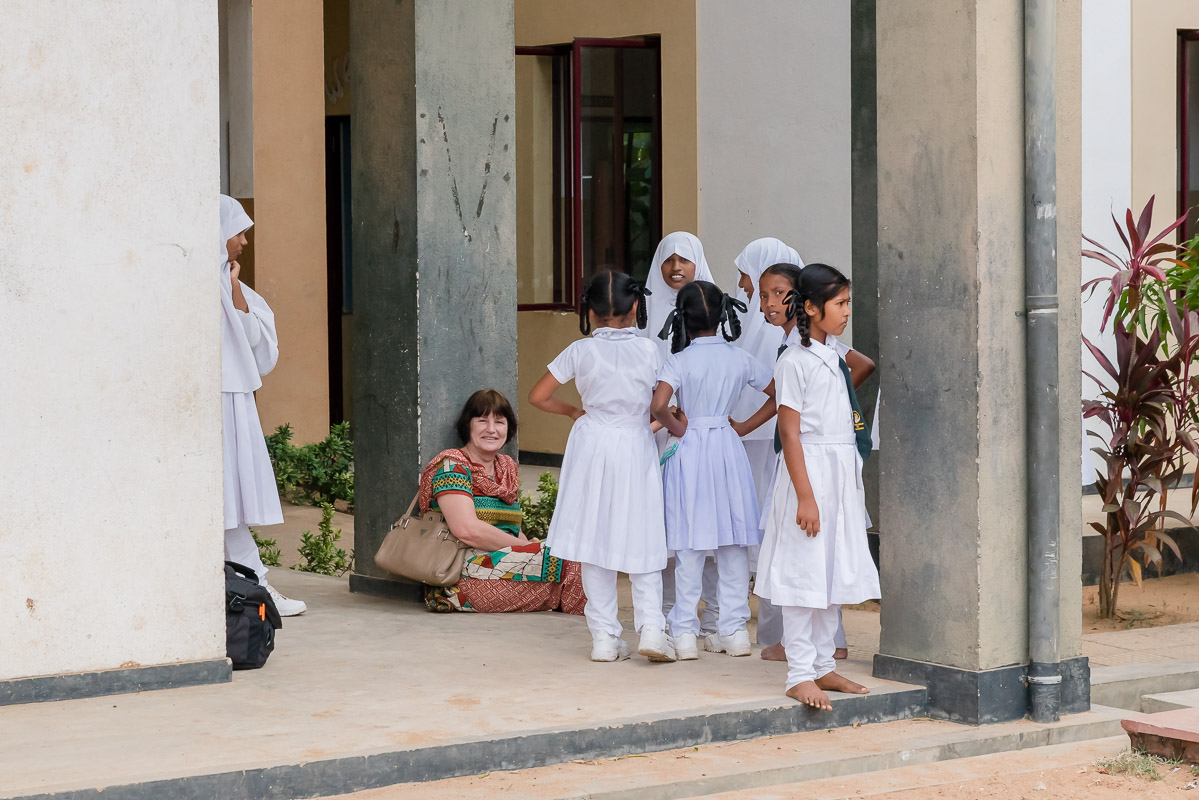 We have 23 guests and no members online