Over the years we have grown fond of many people in Hambantota.  Rasmiya and her children made this very easy for us.  They are so sincere and thankful in such a natural way that it leaves no room for a bad taste on either side.

Her sponsors, Tom and Moni had sent them a parcel by mail (against our advice J).  Customs had kept the parcel, as it had to be opened in the presence of the custom agents.  Rasmiya had to go on a five hour bus ride (one way) in order to do so!

It was a lot of fun to listen to the story.  Along with presents for the children, there had been a photo book in the parcel.  Tom had made it including photos of his family as well as photos of Rasmiya and the children which Michel had given to him.  All of the custom officers had been standing densely packed behind her admiring the pictures. 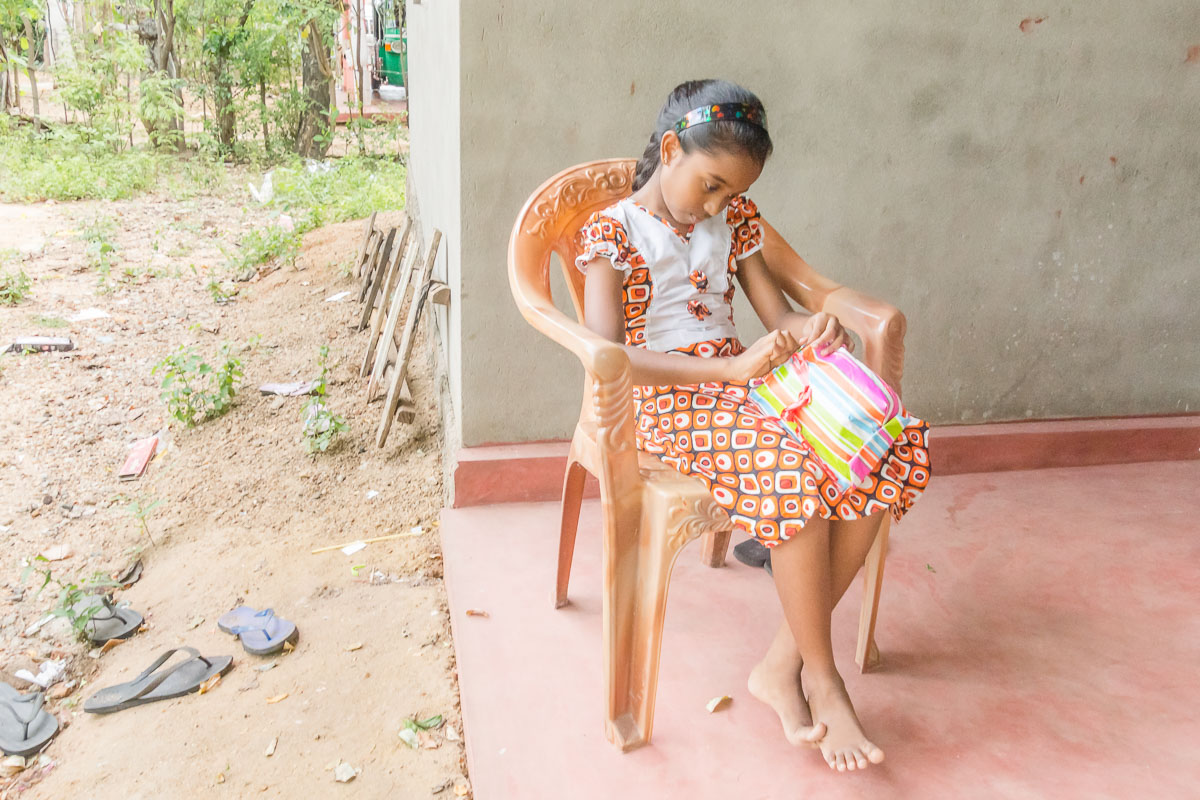 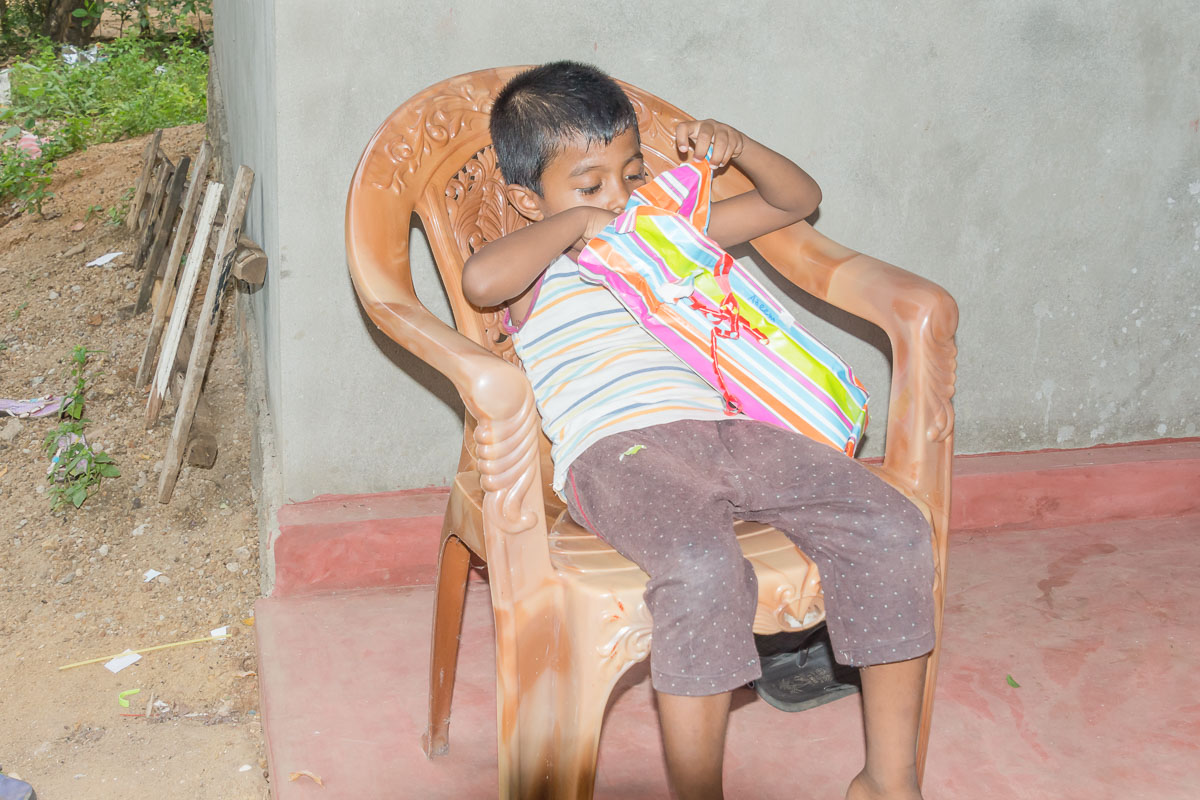 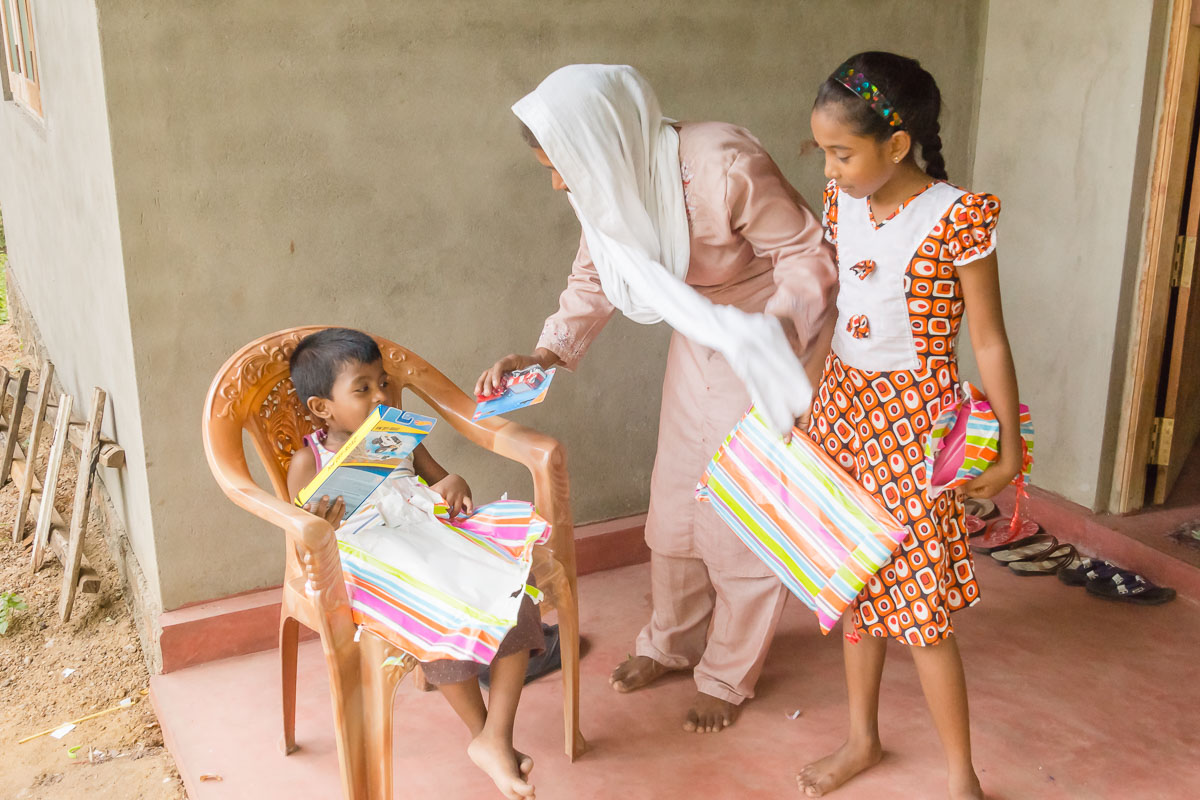 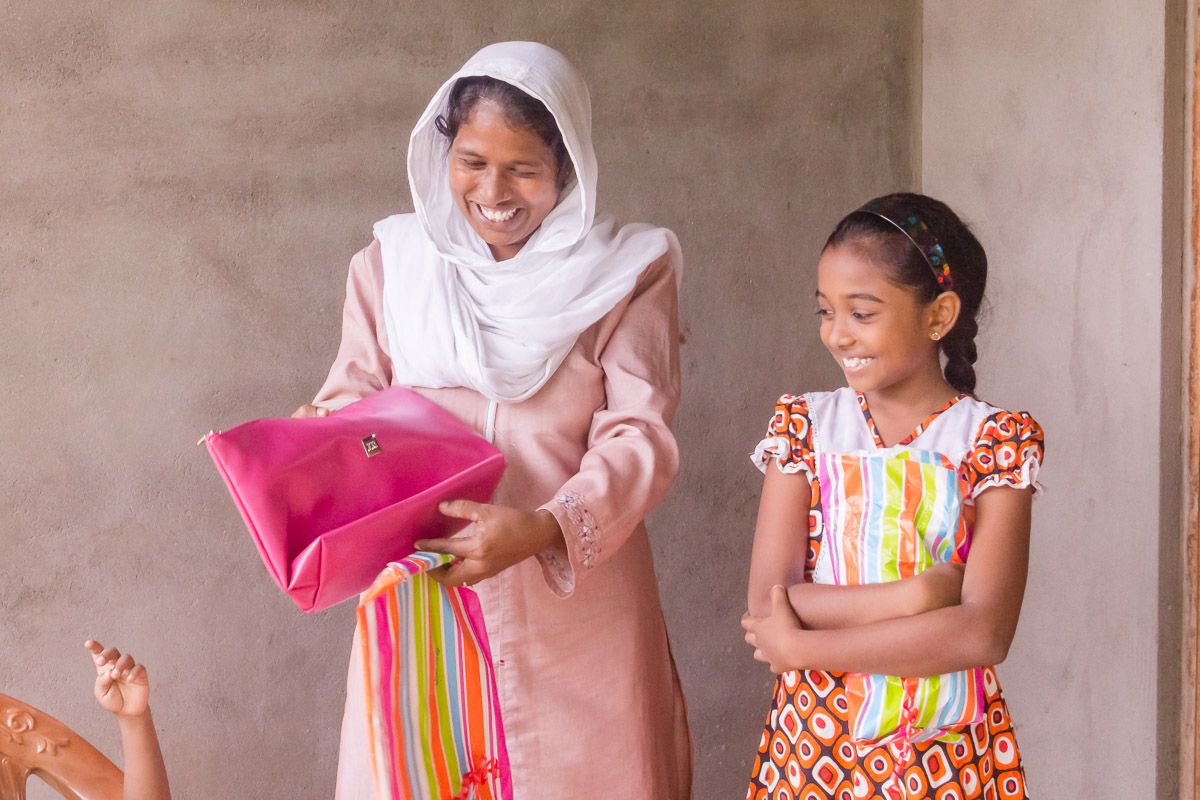 And then we had to admire the presents:  they were all still unused!  Even the toy car for Azra’s brother Azeem was still in the box!  They did not want to use the presents until they showed us that they received them.  Only the photo book had been opened and Rasmiya showed us the space where a bigger Swiss bank note had been……….

She had used this money for the down payment for a fridge.  She proudly presented the fridge to us and told us that she would never open it without thinking of Tom and Moni.  She emphasized how much easier her daily life would be with it and to my shame I have to admit that I had not noticed the absence of one before in her sparsely furnished home.

When we visited, there was a worker putting the missing windows into the frames in the living room.  The cost was Rs. 8000 ($56) and she had been able to cover Rs. 6000 so far.  She was quite proud of her new windows. 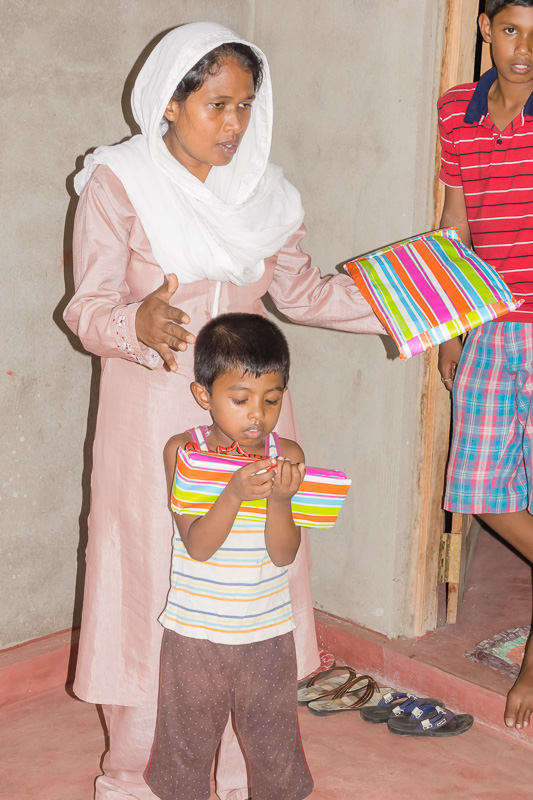 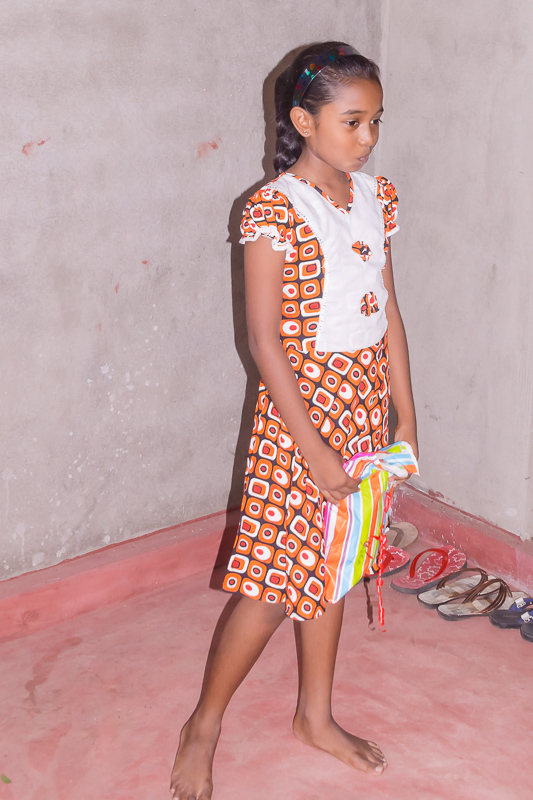 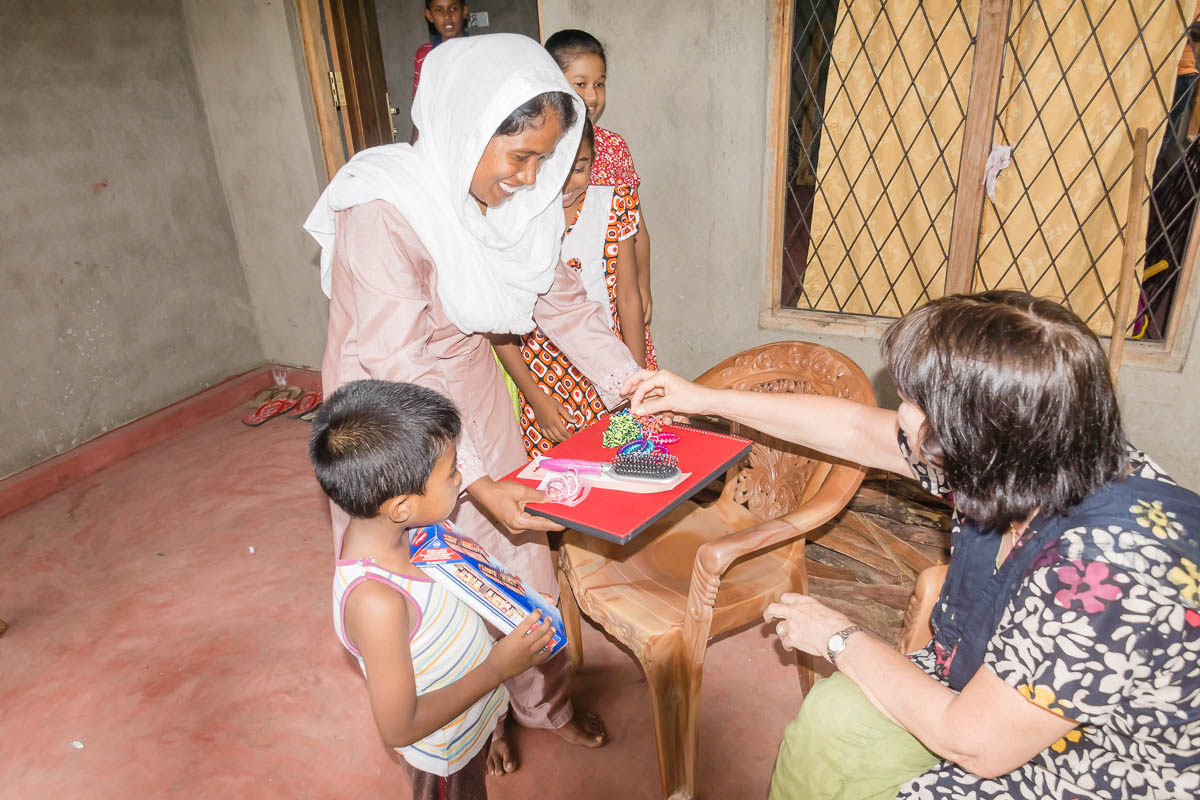 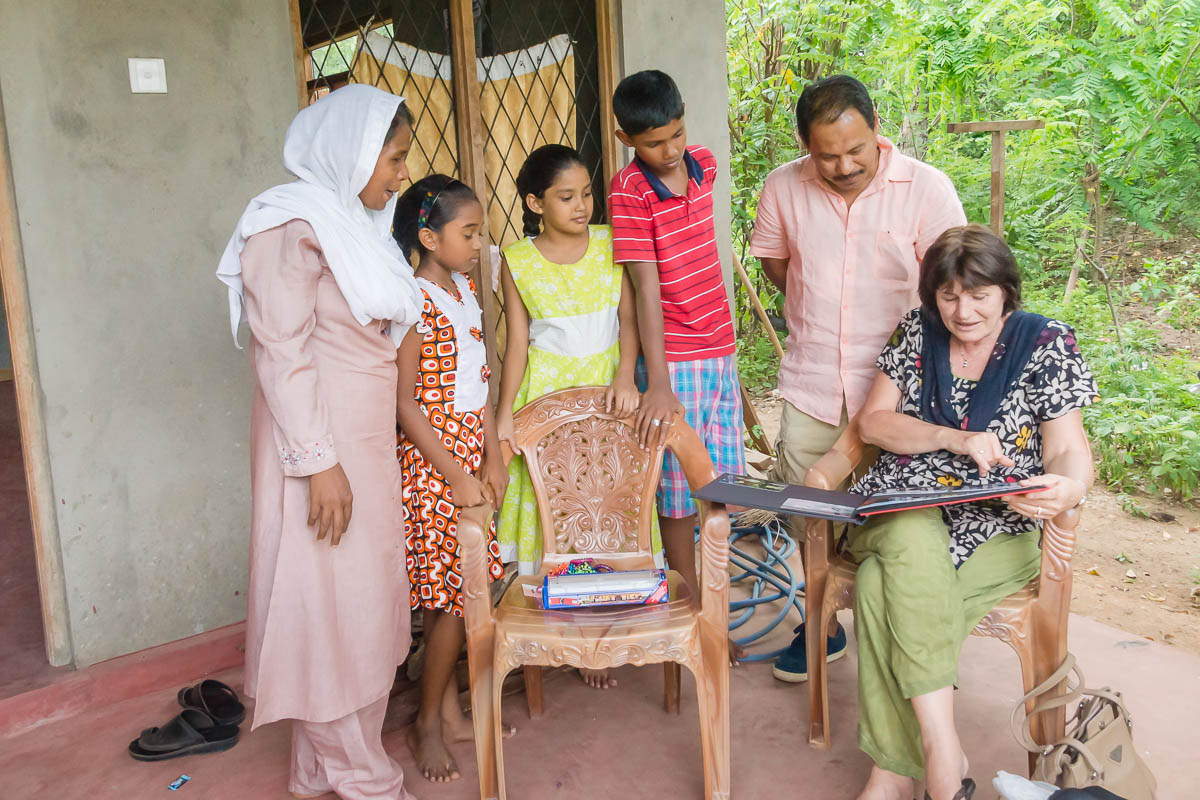 This time I did not want to miss the opportunity to buy a duck and Rasmiya showed me a rather fat one.  My mouth was watering when Michel almost put an end to the deal.  With much sympathy for the animal he started to grumble.  He was not pleased, and let it show with his words.  “Perverse” was used several times along with some others that I will not repeat!

In order not to make him convince me, I started a counter attack:  “do you really think your much loved chicken curry is growing on trees!?”

That night Michel had a vegetarian meal.  He did not touch the duck or the chicken but it was only one day later and everything was back to normal.

Rasmiya gave us a big discount on the duck!  Instead, we paid generously for her to kill, clean and cook it. 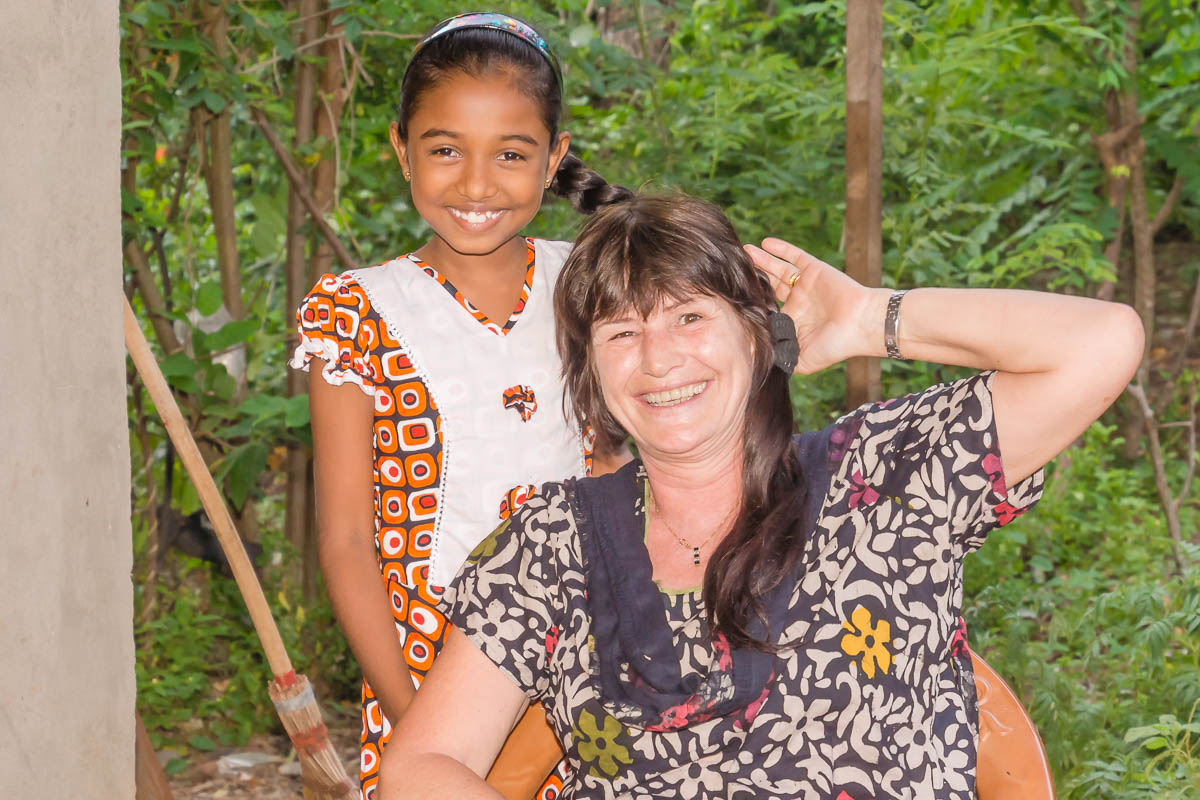 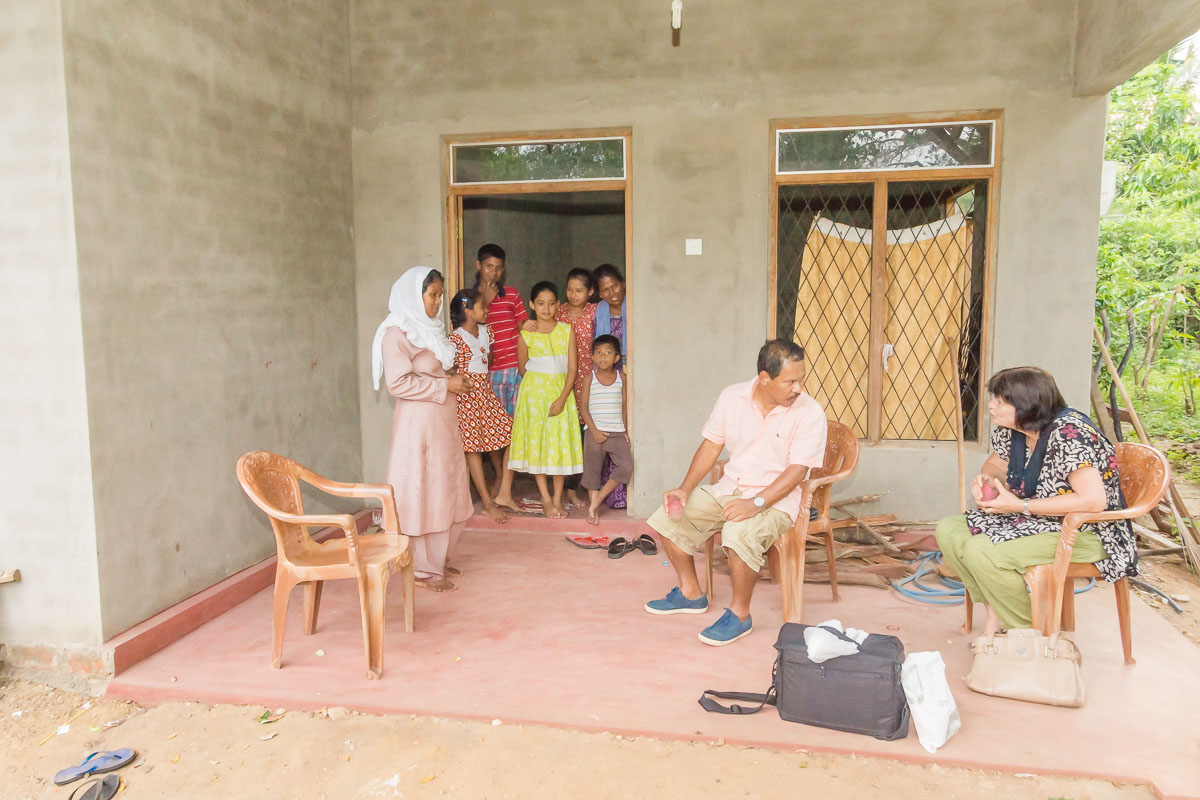 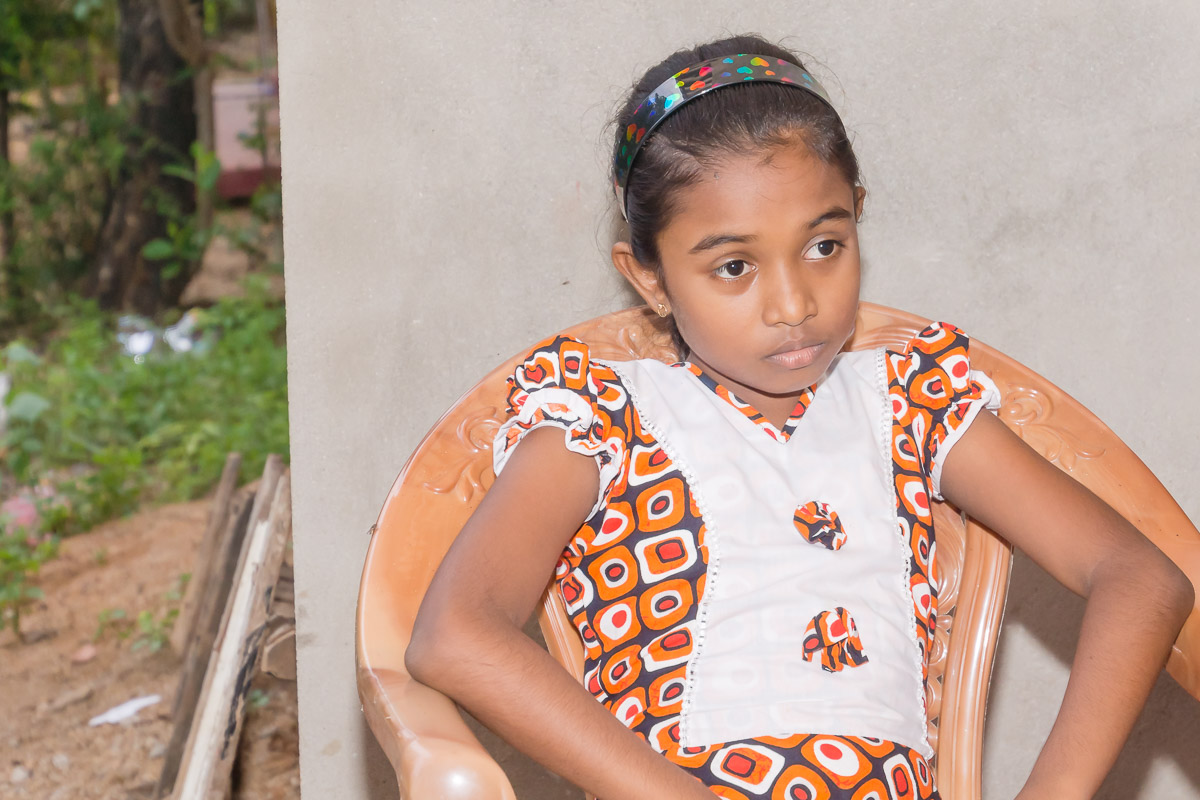 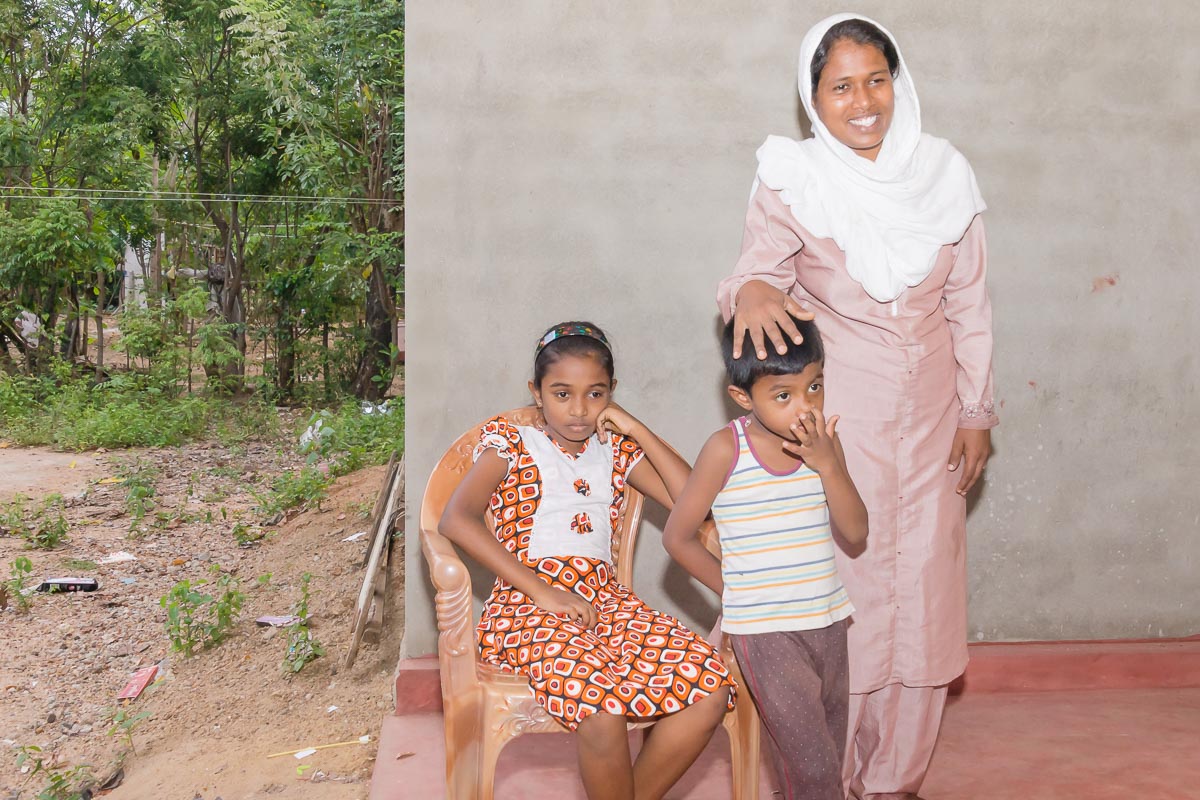 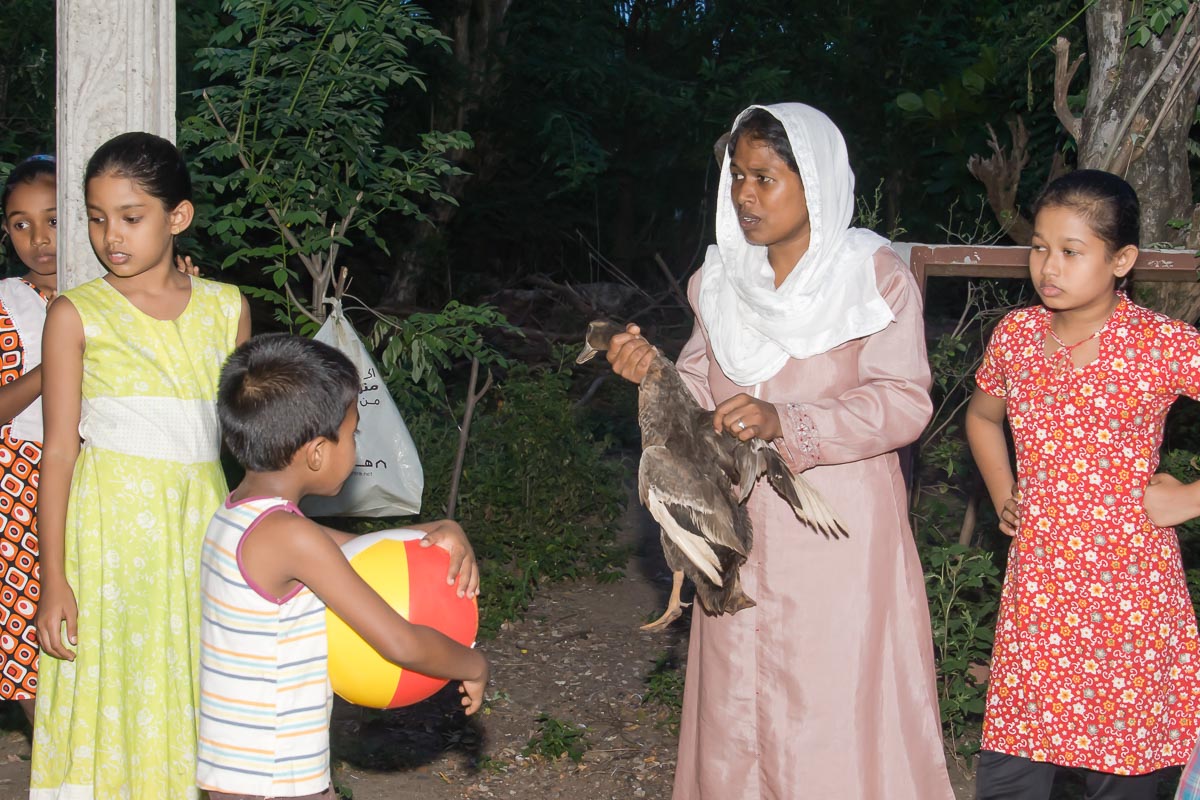 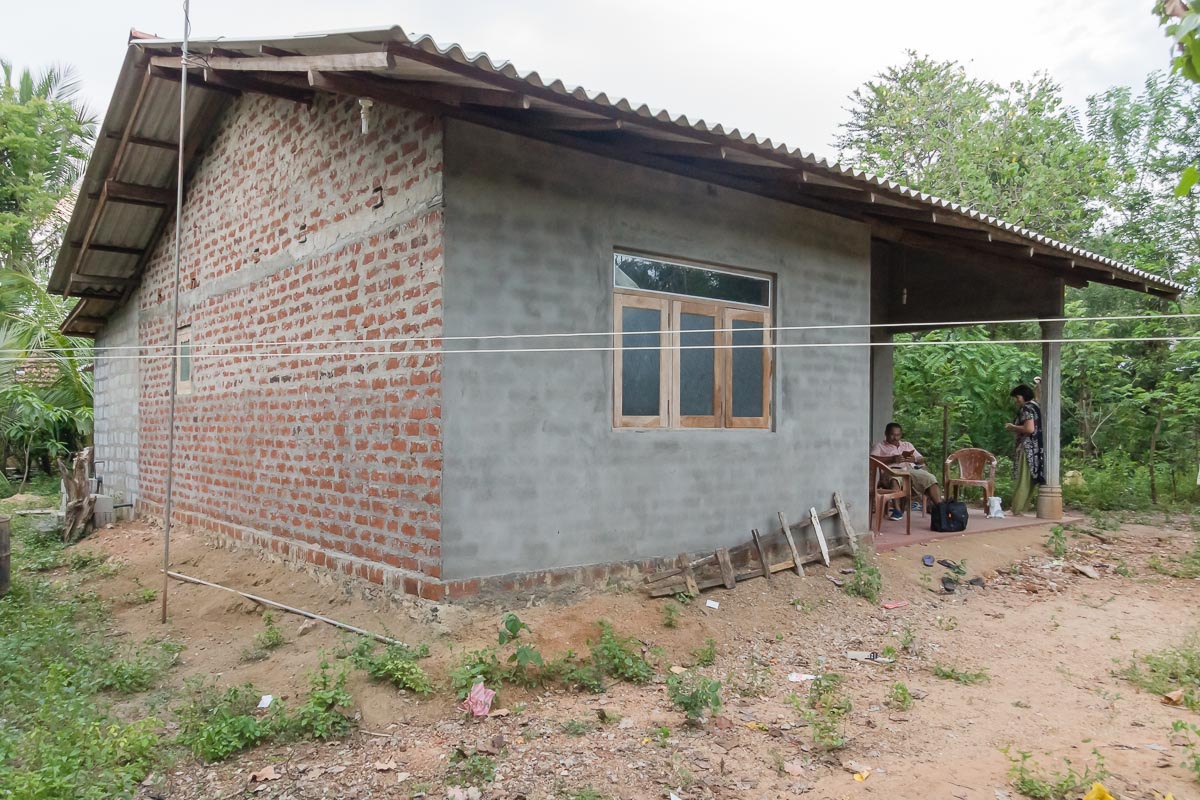 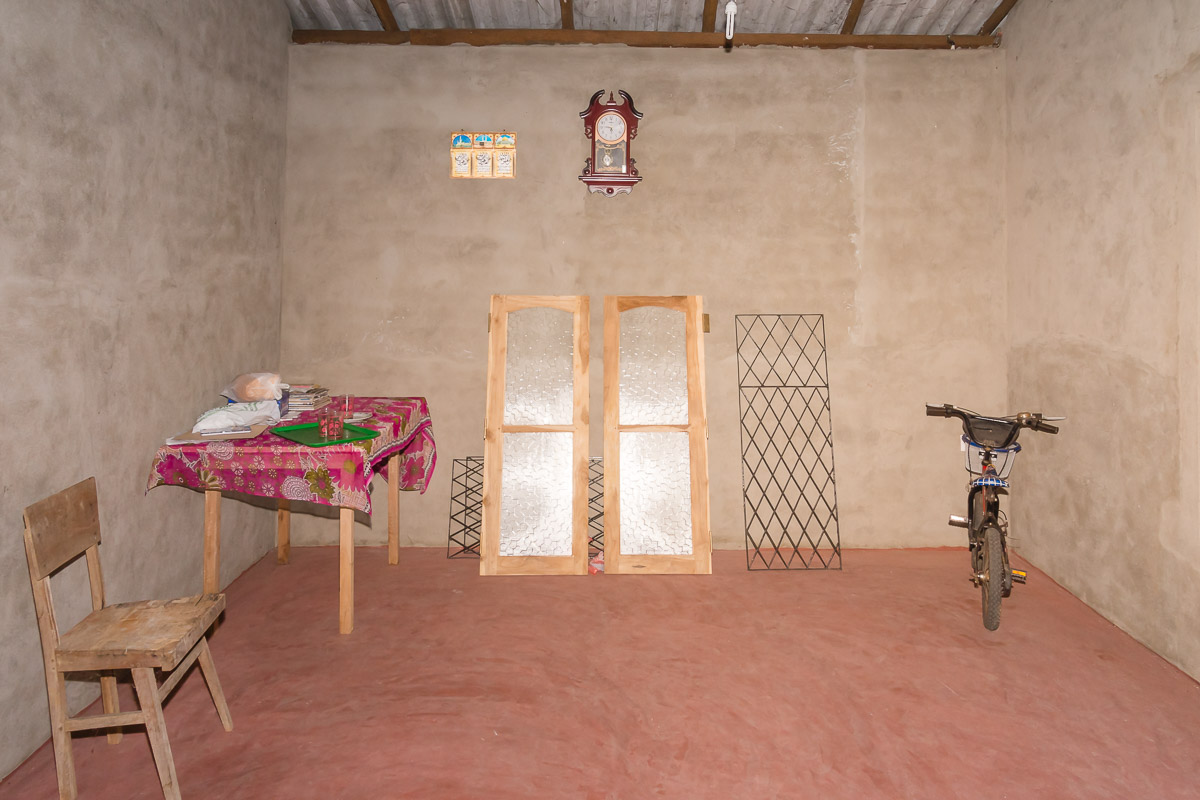 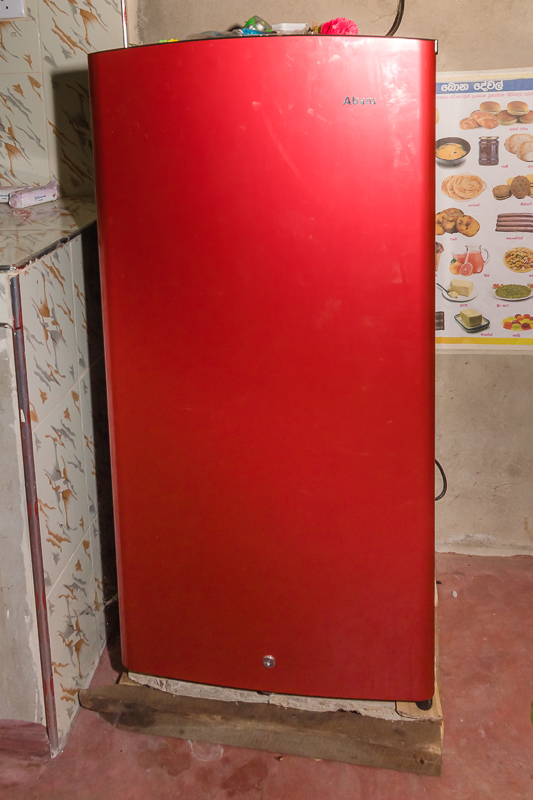 Along with that, we covered the balance owing for the windows and gave her two monthly payments for the fridge.  It is such a joy to witness how much life has improved for Rasmiya and her children. 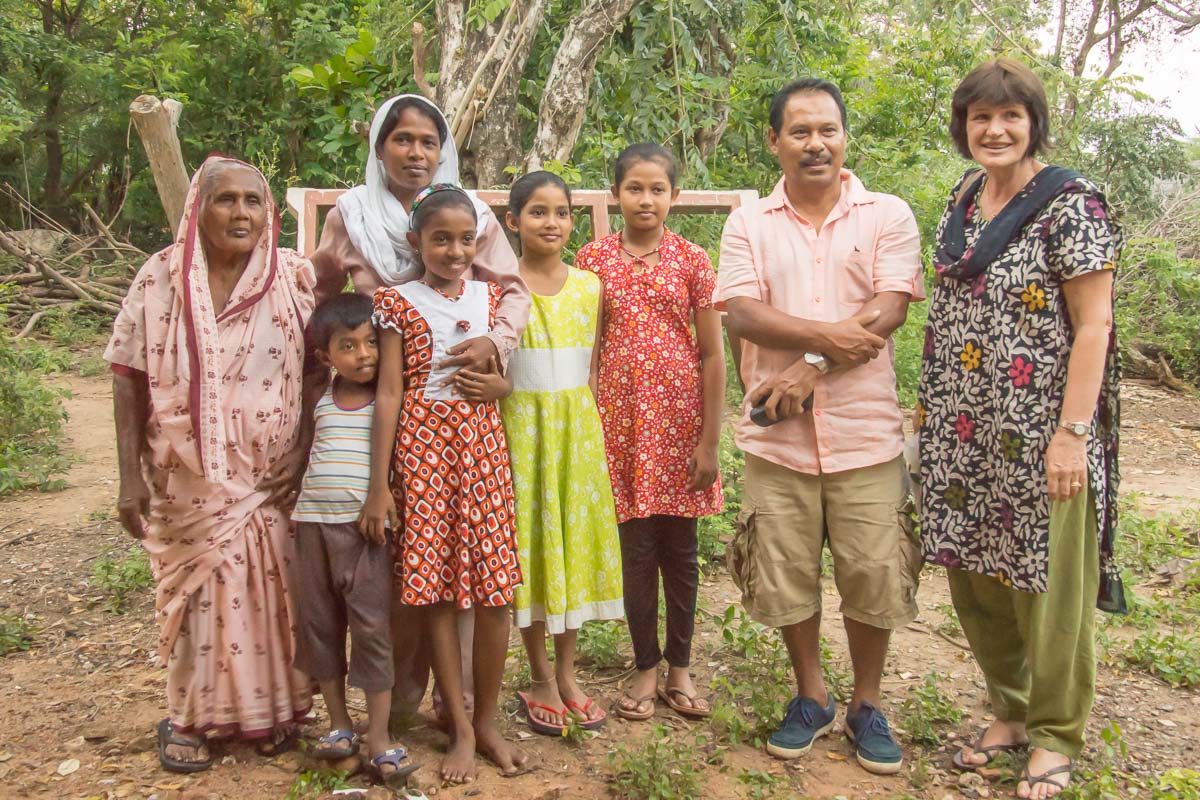 We have 98 guests and no members online