Keeping our fingers crossed was of no use. Resla`s e-mails had become more and more trivial and she answered questions evasively. Finally I lost my patience and I sent her a list of questions which she had to answer with a simple yes or no. 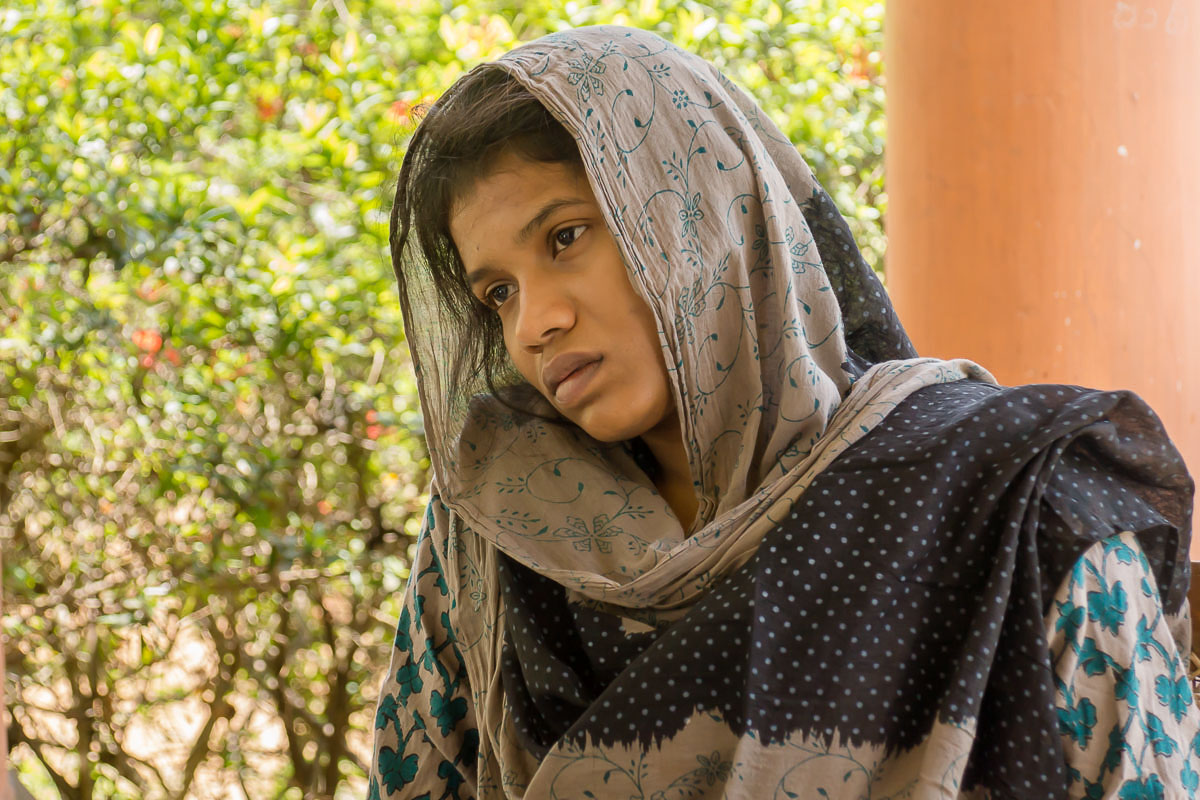 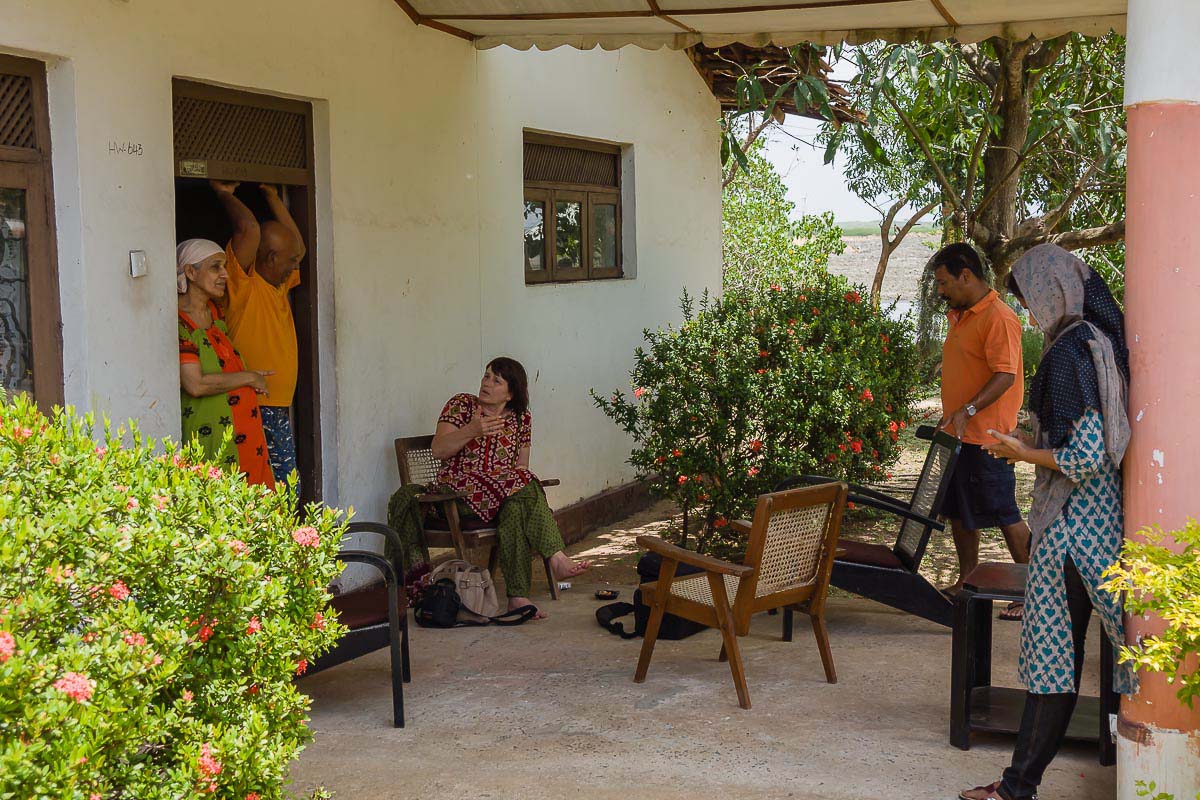 As a matter of fact she had dropped out of school after two months. Why she contacted neither us nor Roy was answered with the same excuses as last year. Catching up with the lessons would have been harder than expected and she would like to take her degree in a private institute instead of the government school.

Why it took her half a year sitting at home to get the idea was answered with “I am so sorry” and after cutting off her support, we did not hear anything from her anymore.

It took her four days to finally show up at Roni’s house. Meanwhile, we had gathered information from the school and from her relatives and at that time we were not only disappointed but also rather annoyed.

She was still living at the house of her grandmother’s sister but spent her days in her Grandmother’s empty house, a rather shocking behavior for a 19 year old girl in Sri Lanka. The Kindergarten teacher is a sister of her late father and had offered the girl practical training at the Kindergarten which Resla refused. If she said something to Resla it would result in a phone call of an angry maternal grandmother from Abu Dhabi. The teacher cared about the girl but was not willing to risk a family conflict.

We also talked to the School Master and she modified the two months Resla supposedly went to school before her Grandmother allegedly had made her drop out again. According to her, Resla came for the lessons only for three weeks at the most and then did not show up anymore without notice.

Resla and Roy switched all the time into Singhalese and I showed my annoyance. As her sponsor supported her for years to get an education she should show the decency to talk in English so that we could follow the discussion.

I was very frank and told her that I had a hard time to believe her anymore. If she was allowed to spend her days alone in a house in this society, I could not imagine that somebody would not allow her to go to school at the same time. To be threatened by a forced marriage would also sound unbelievable as she was, according to herself, able to turn the proposal down. The offer of practical training at the kindergarten had not met her taste and the worst to us was her infantile behavior.

To turn her maternal Grandmother and her paternal relatives against each other in order to be free to do whatever she liked was the behavior of a spoiled child, not the one of a young woman. She had messed up her education and if she was also now messing up her reputation there would be nothing left to lose.

Was our plea of any use? We will get to know and Resla knows about that. During the long conversation we more and more were under the impression we were talking to a spoiled child. To put the blame on the Grandmother would be too simple.

The woman was working in Abu Dhabi to support her four grown up children with their respective families. After the Tsunami she had no more children, no more in-law children and only one grandchild left, Resla. I am not even rudimentary able to imagine a situation like that without losing my breath! 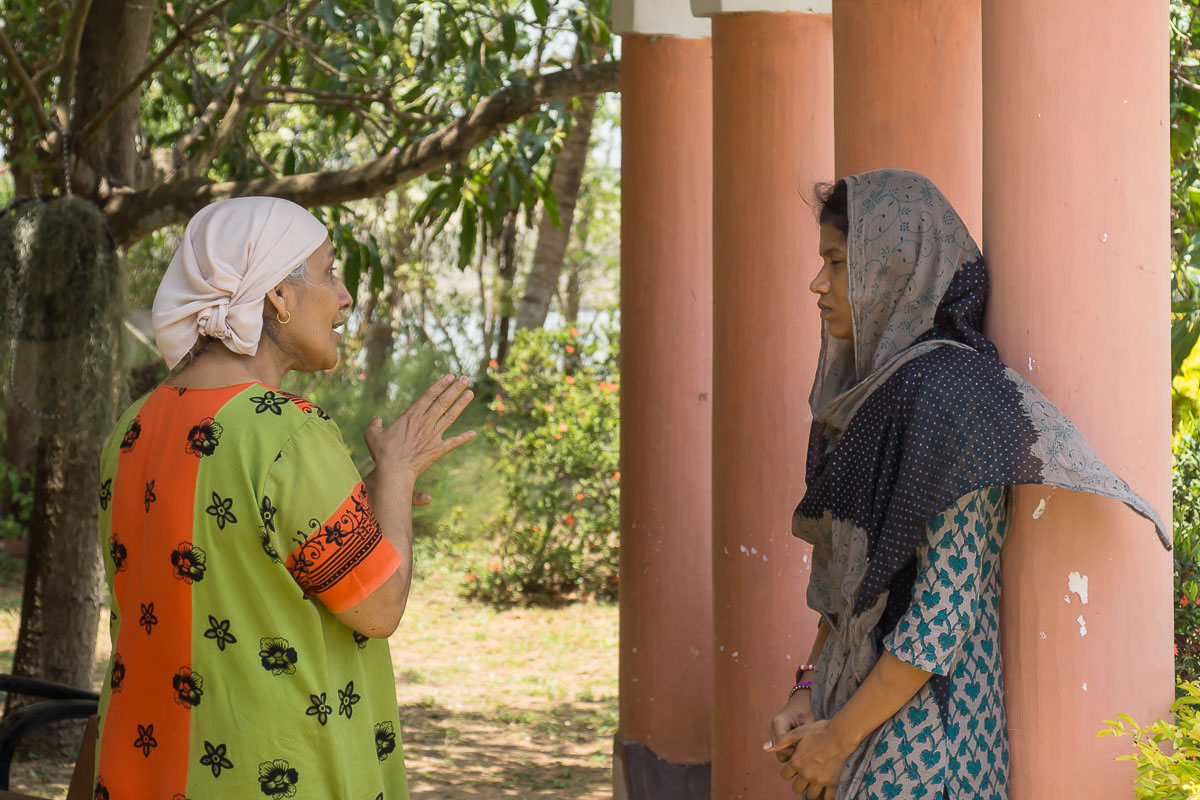 Roni and Carema (both retired teachers) also had a long talk with Resla. The story about spending her days alone at her Grandmother’s house appeared to be not as hot as it sounded, as the house of the Grandmother’s sister was in the immediate neighborhood.

Michel will gladly testify that my sense of orientation is not developed. But we had visited the girl half a dozen times at her Grandmother’s house and last year at the house of the Grandmother’s sister and in my impression the two places were kilometers apart!

“Are you telling me she lied to my face?” I asked.  Roni was clearly annoyed.

The solution to the mystery:  I was right and the houses are a Rs. 200 tuk tuk ride apart (money others lack to send their children to school). However, at the same time there is another sister of the Grandmother living in the next lane. The houses are separated with a big parapet wall and out of view of each other. In order to go to the other house one has to walk around the block.

“Did she lie?” Roni answered my question with laughter.

I will let Resla know that there is a fine line between lying and not telling the truth.  Especially if your counterpart is very persistent and can count on a big network of informants.