Maduka’s e-mails were also meager and not very substantial. He would study as much as possible. Then at the beginning of the year we got the news that he passed English and Biology, but failed Chemistry and Physics. He will repeat the tests in August. As we had our conversation with Resla the night before I was still somehow fed up.

As we had our conversation with Resla the night before I was still somehow fed up.

With his grades he would have to forget about studying medicine and he would like to study computer science instead. Either at the university or in case he failed again at the A-level then at a private institute.

How big was the possibility of failing again?

And did he repeat the year only because the money was coming in anyhow?

He fiercely denied that and reassured us that he was studying hard. I made myself clear that we had to work hard for our money and that he had the duty to do his part. He was no longer a small boy and he would know better than us about students in Hambantota who had to walk 5 to 6 kilometers to school – with an empty stomach.  Children at grade six and higher (after grade five there are no more free school meals) with the hope that the teacher would reach in his own pocket to enable them to eat and be able to follow their lessons. 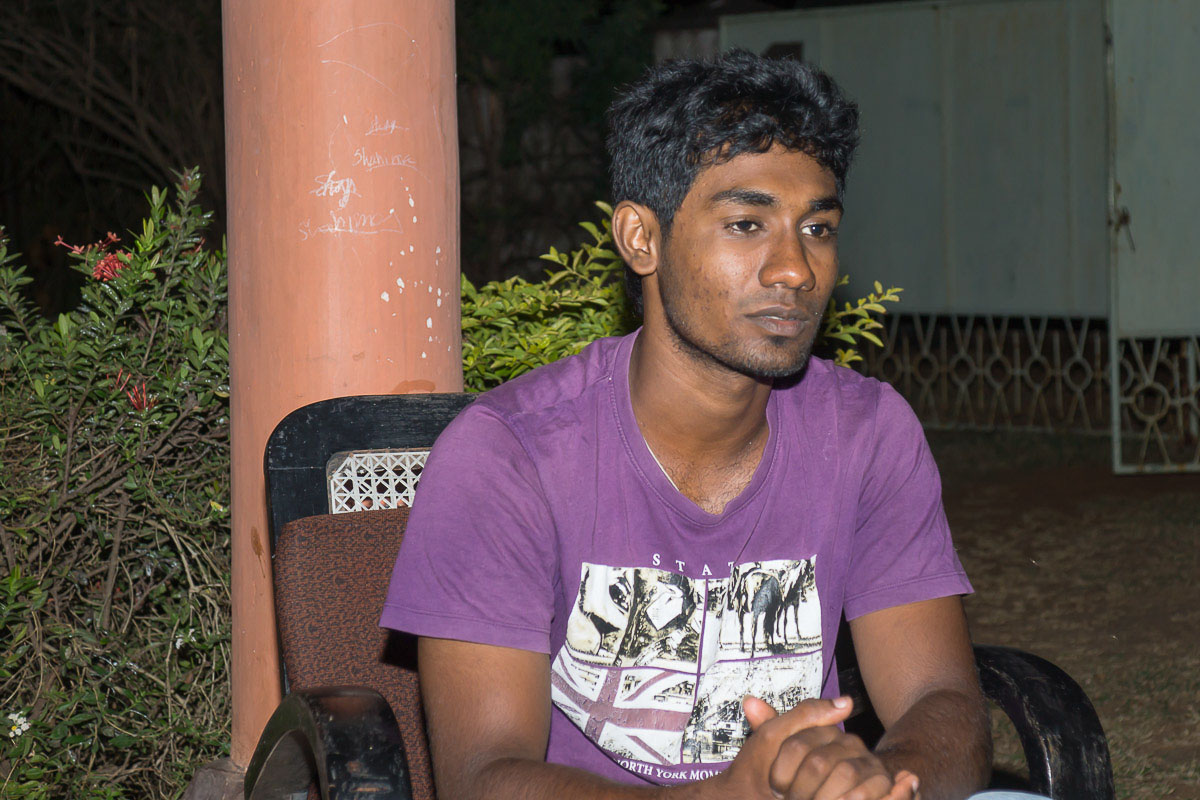 He did not owe us an explanation, but he sure owed it to those children. To keep us informed more regularly with details would be only a question of manners.

We said good-bye to a befuddled young man and look forward to his progress.

We had a long chat with Roni and Carema that night. According to the English teacher of the Tzu Chi school there are about a dozen students that regularly pass out because of hunger. Would our money make more sense there? How could this be organized? Or is one man with a good education whose children won’t have to starve the better solution?

We have 93 guests and no members online