There were no changes at all:  the instant familiarity with the sites, the sounds and smells, the warm and welcoming hospitality, the spicy curries and the long nights with the “do you remember” stories. 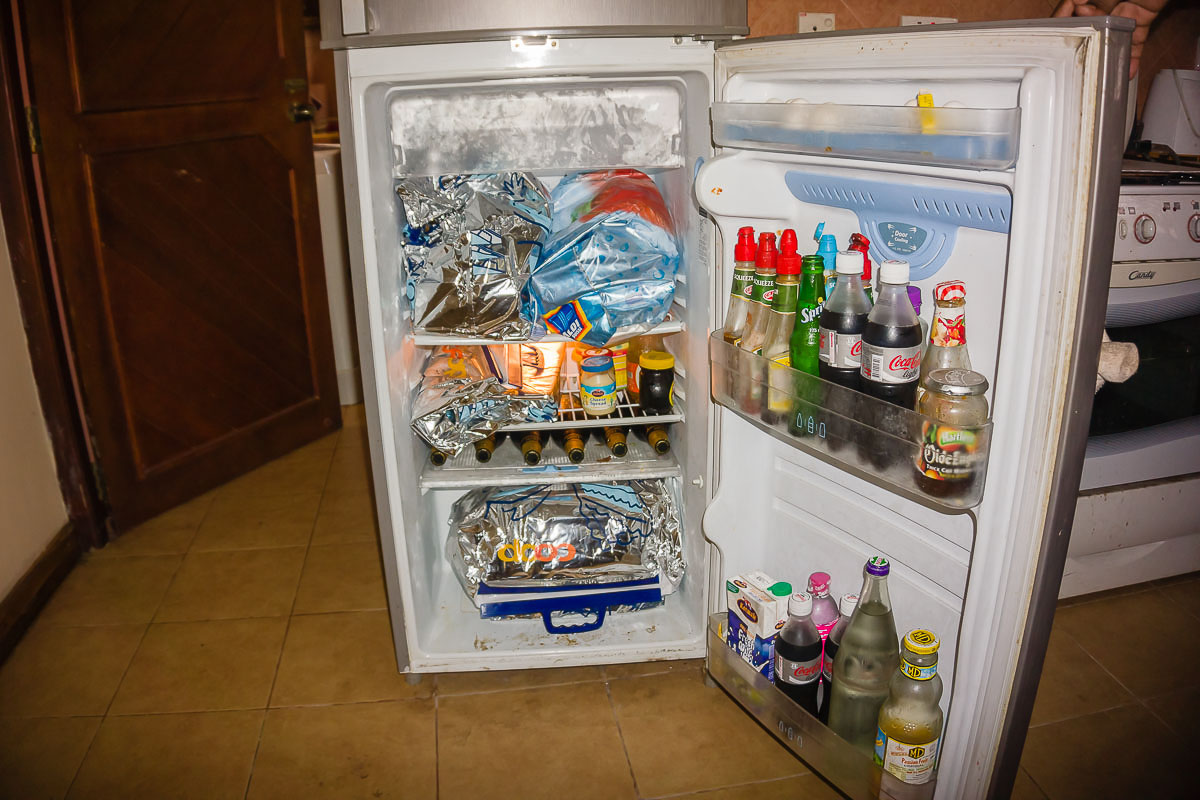 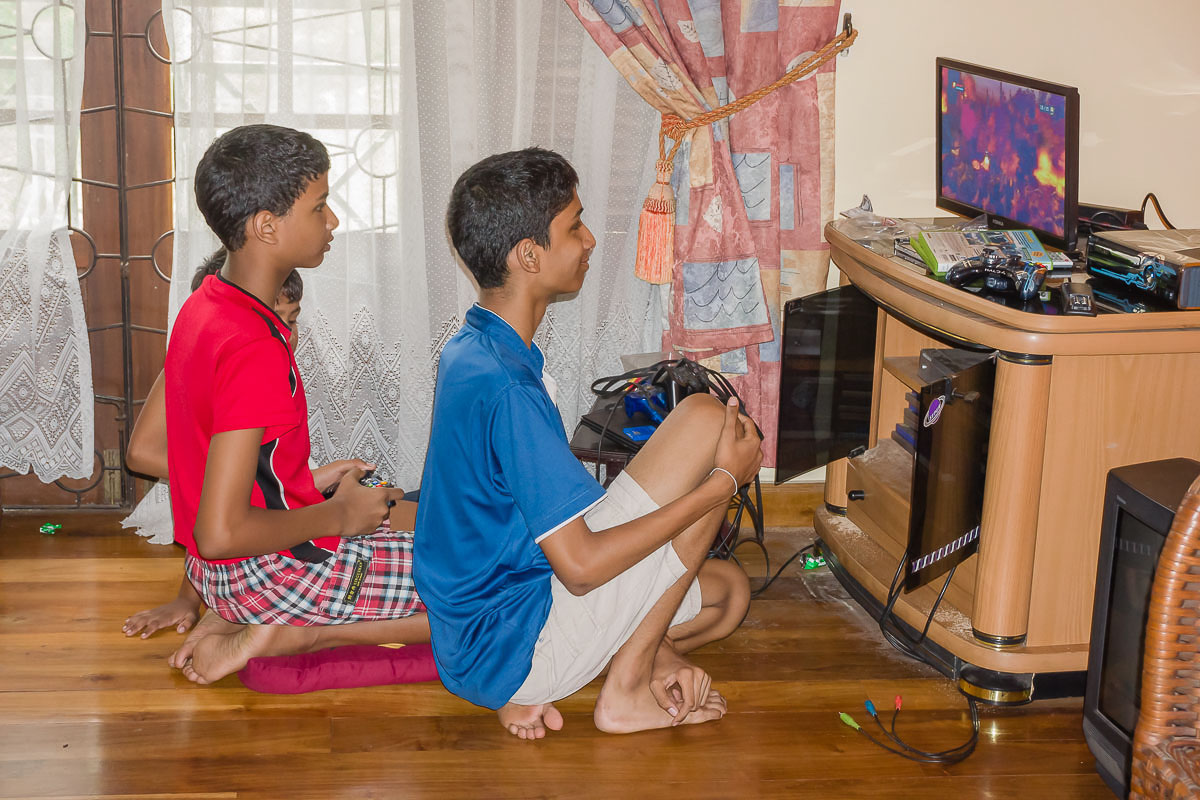 We had 20 Kilos of chocolate, 20 Kilos of Lego blocks, one oscillograph (thanks to Thomas Fellmann) and an X-Box with two dozen games (thanks Giuseppe) in our luggage.

The sons of Iromi and Anura were swept off their feet and after the purchase of a compatible monitor they were not seen anymore.

Thanks to a picnic cooler from Switzerland, we were able to take some chocolate to Hambantota too this time. Roni and Carema also welcomed us with open arms and “our” room looked like we never had vacated it. 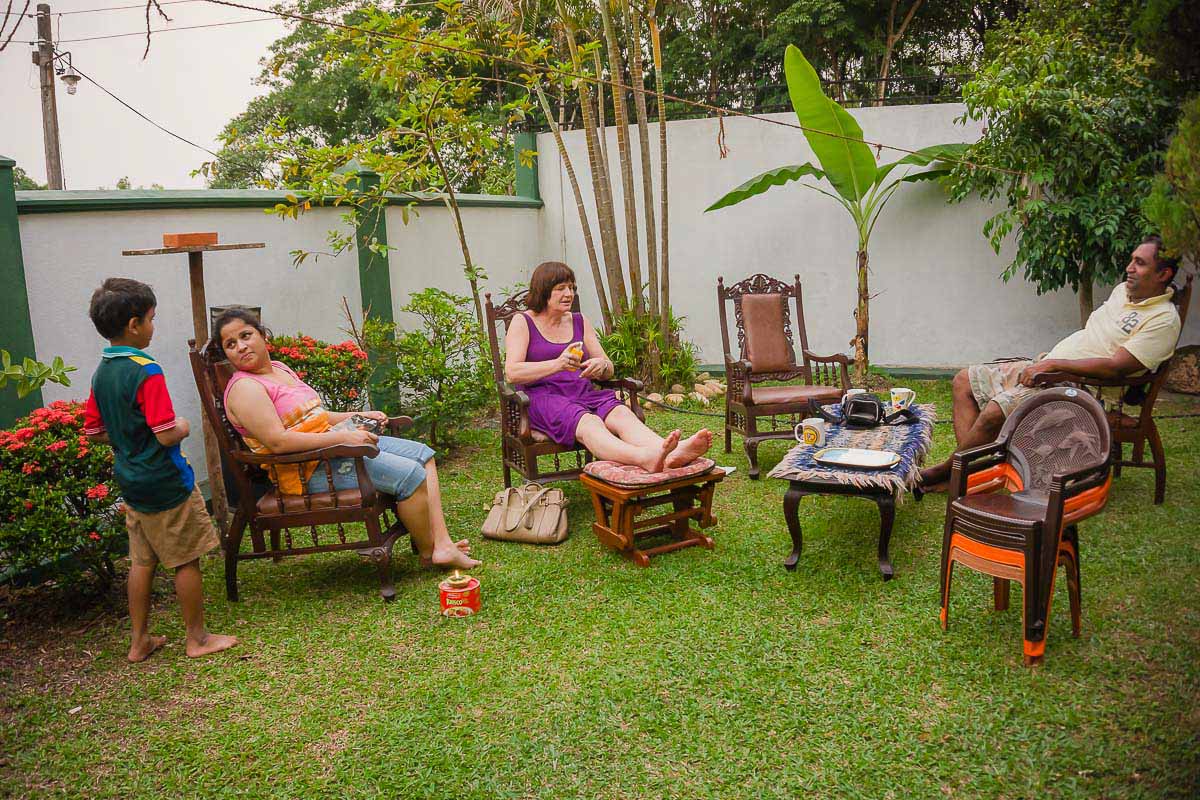 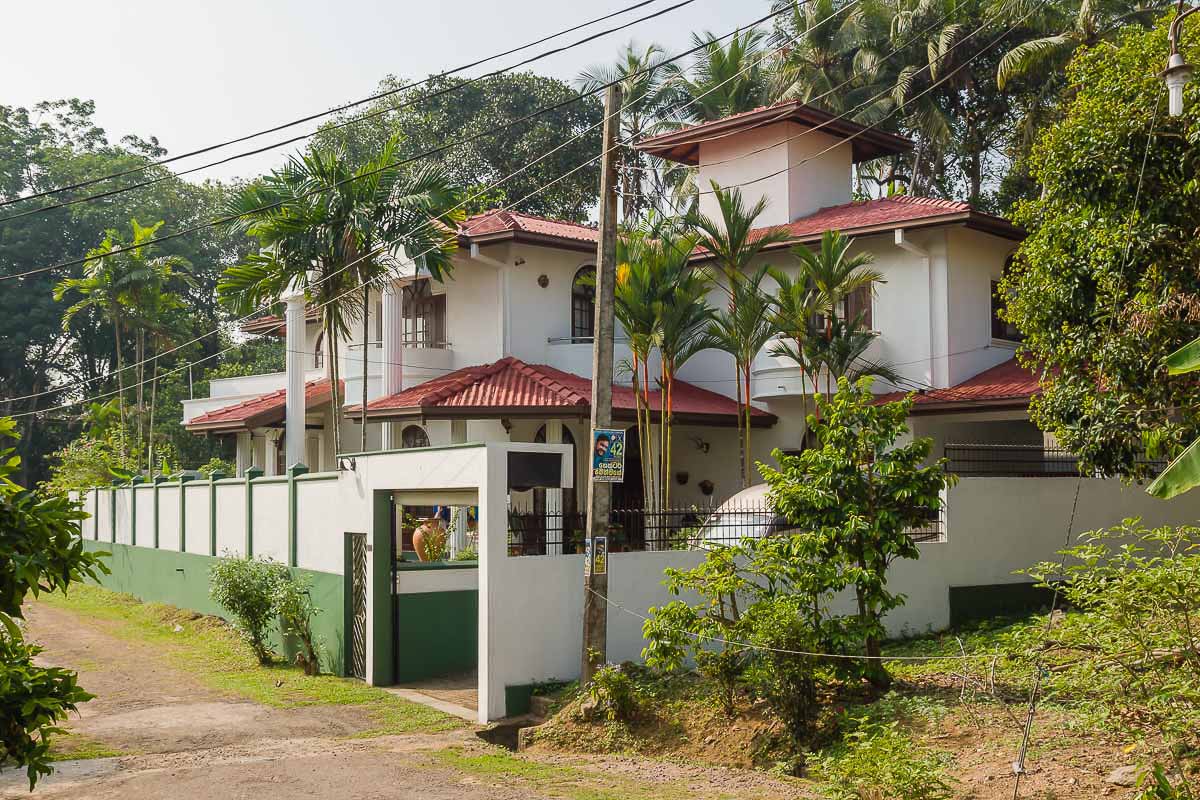 But there were big changes at the lagoon in front of Roni’s house. To make space for a ship container yard, ¾ of the lagoon had been filled up! This caused the fish to leave and even if the lagoon is still beautiful it is heartbreaking to see how the huge open fields of Hambantota town had been opened, as though by a giant plow.

Roni has known for years that he will lose his house due to the expansion of the harbor. As he puts it: he dearly hopes to “vanish” before the house.

To look at the bright side: as the opposite shore was much closer it was great to watch all the water birds. 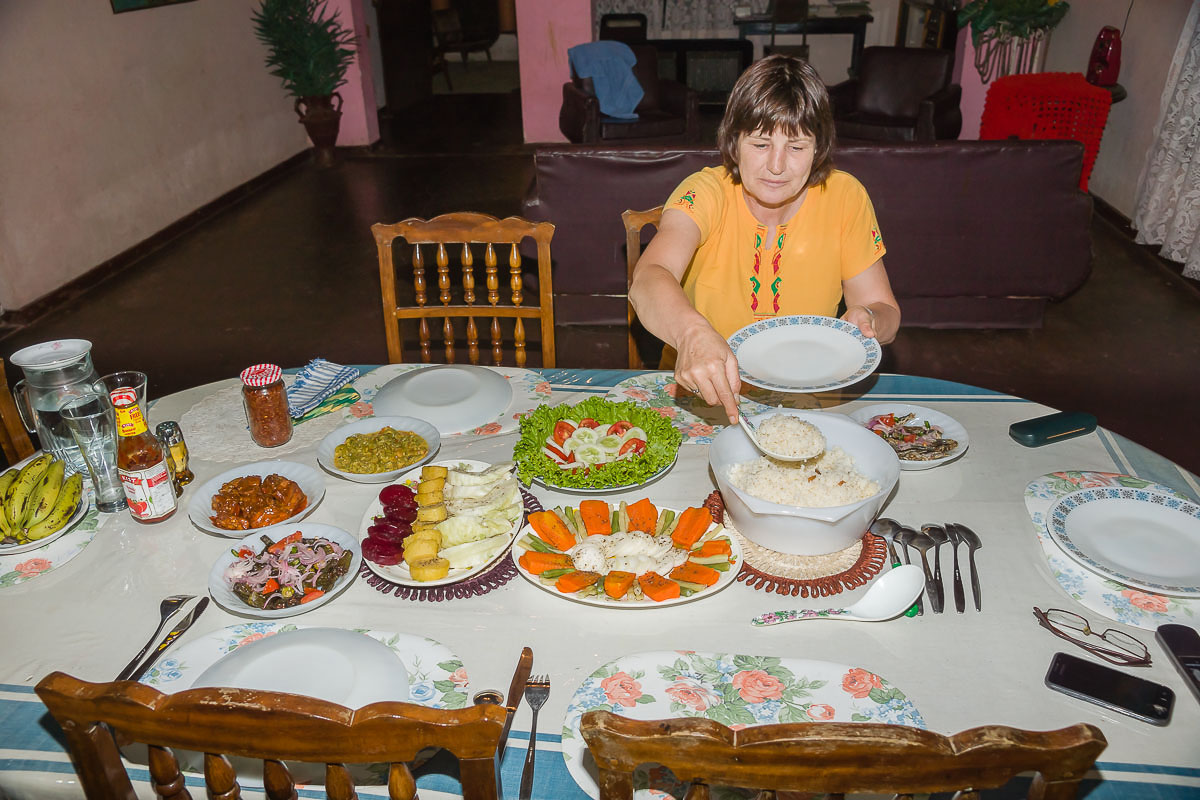 Instead of fishing we spent the early morning hours with a cup of strong tea on the platform over the water and watched birds. Roni was very knowledgeable about the species but his way of categorizing them was quite special. He differentiated them as “very tasty”, “not bad” and “nothing to it”! He seems to miss the fishing and hopes that the fish will return.

In the meantime he plays with his air gun. Hunting is prohibited in Sri Lanka and he obeys the law like all others. This leaves room for interpretations. 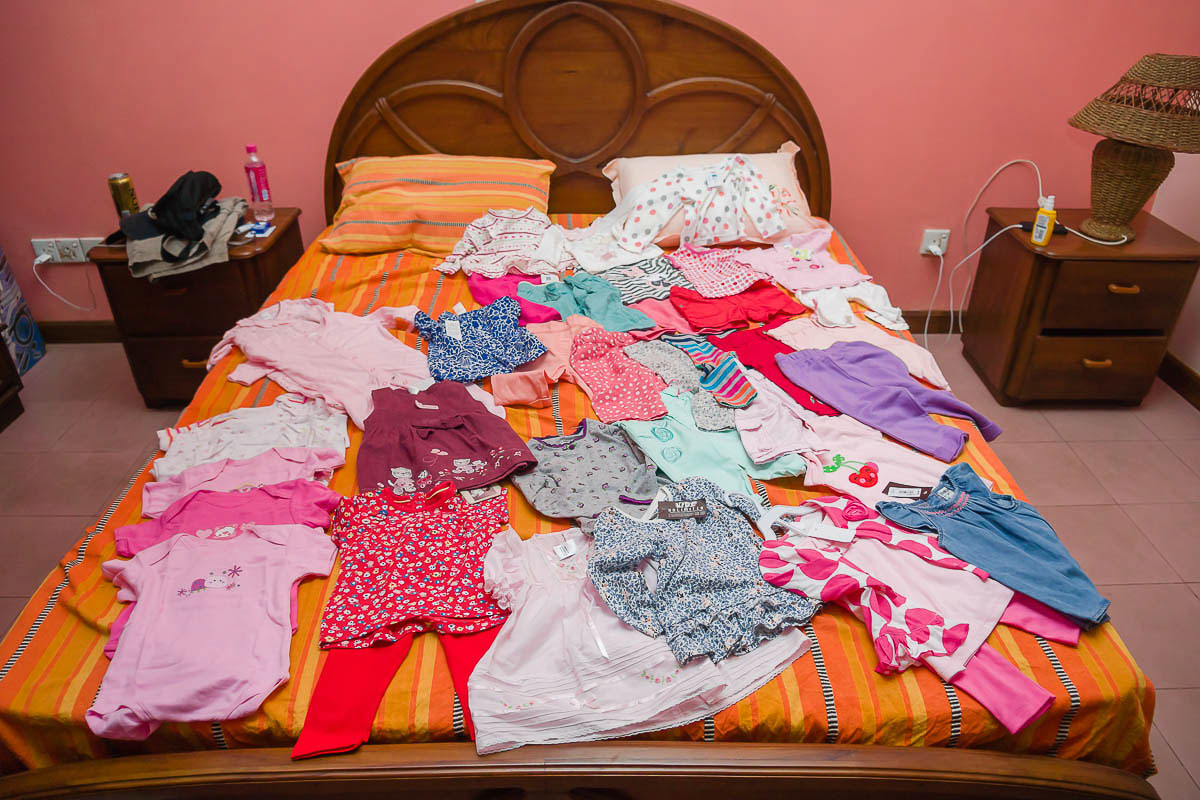 But the biggest change were Michel`s shopping tours. Instead of my following him and buying here and there something for the grandsons, he was the one waiting for hours this time … in the girl’s department!!

After four grandsons we finally had become grandparents of a girl last October.  Thanks to incredible low prices and an incredible high luggage allowance of Emirates airlines, sanity was the only limit!!! I completely lost it and hope for a long and warm summer so Aline will be able to wear all her dresses at least once. 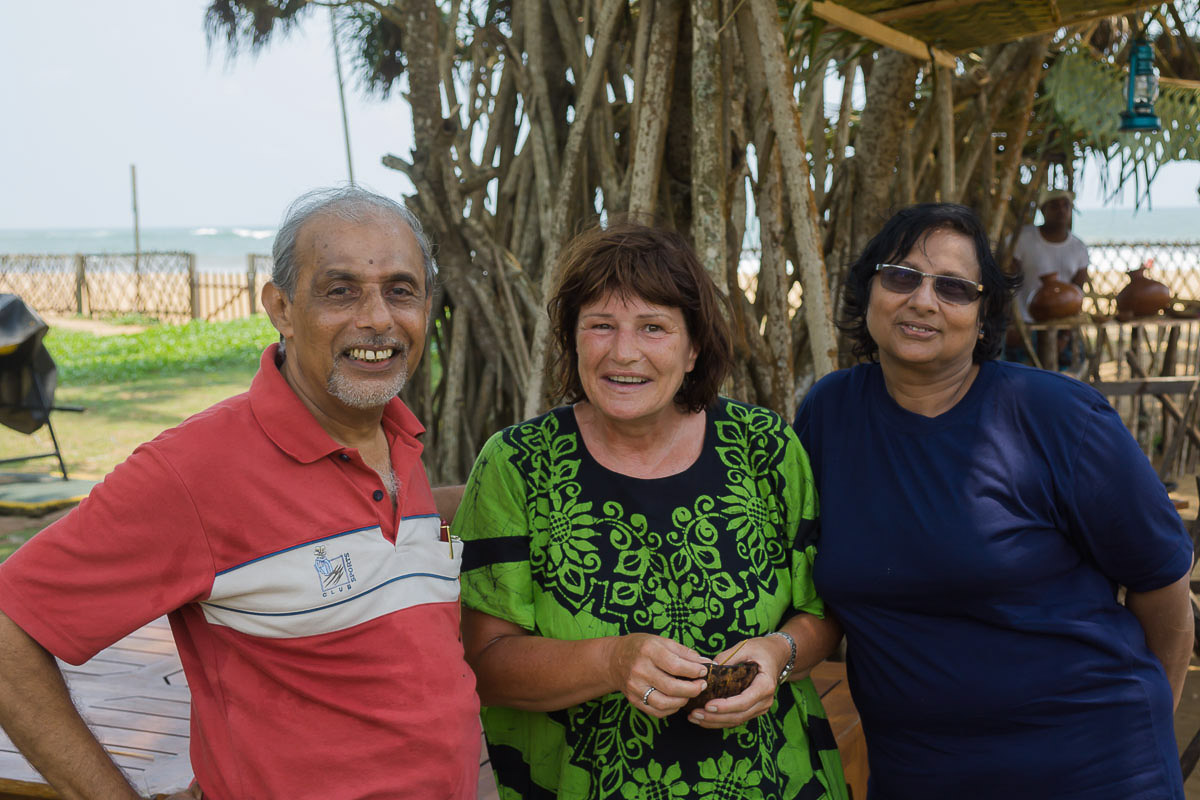 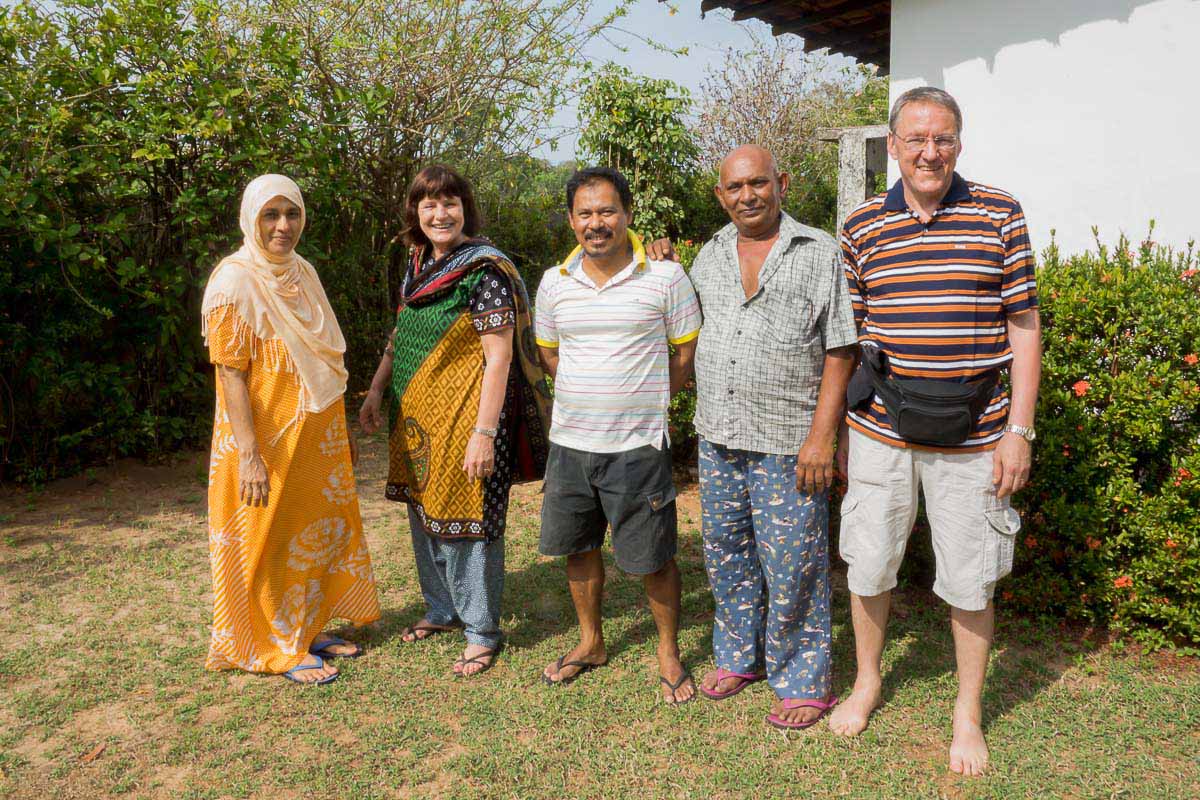 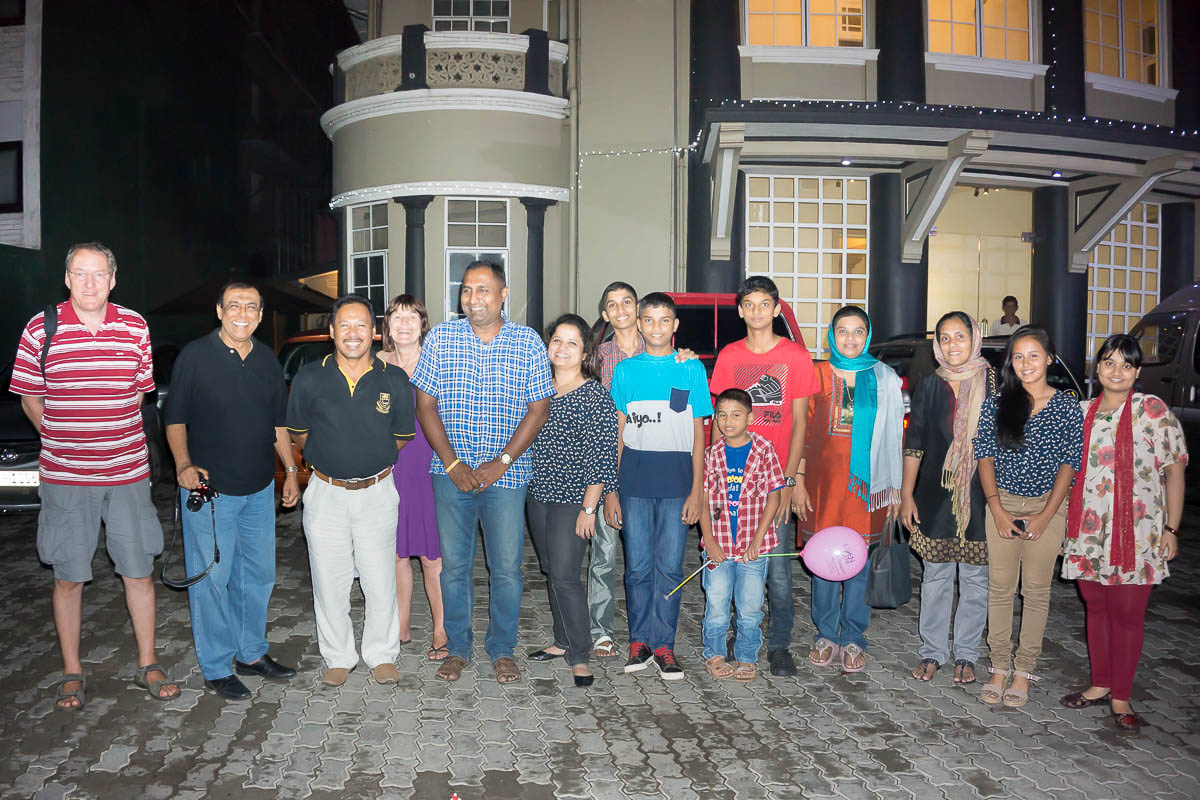 We have 117 guests and no members online