With the promise of Monika and Thomas Fellmann to take over a sponsorship for Azra we visited the family.

Rasmiya, Azra’s Mother had told us last year that she was living in a room with both children at her parents-in-law’s house. 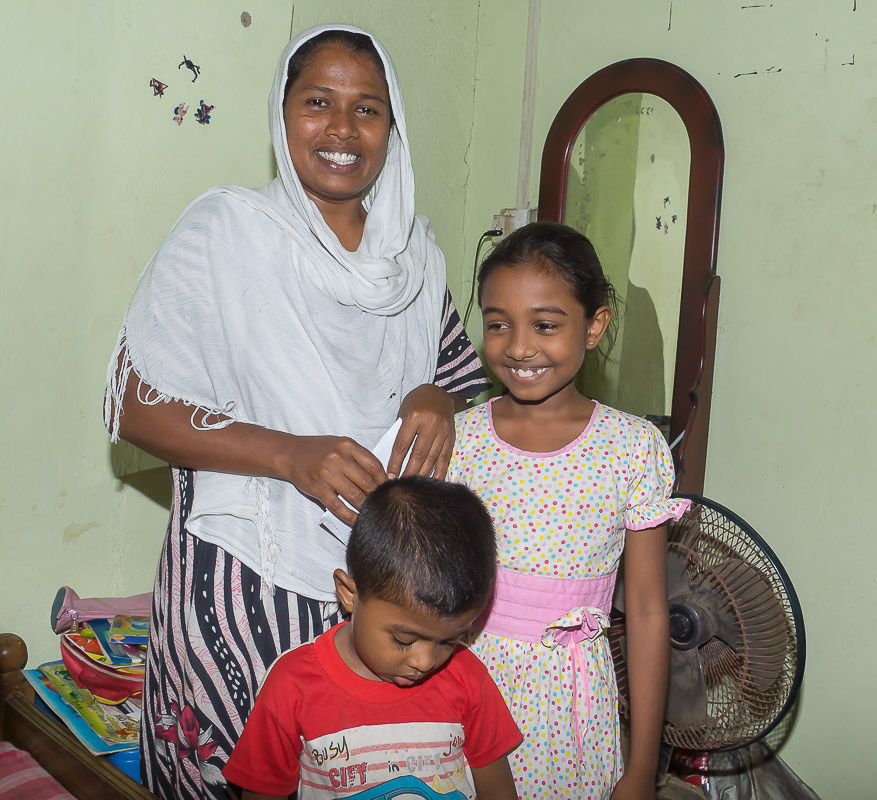 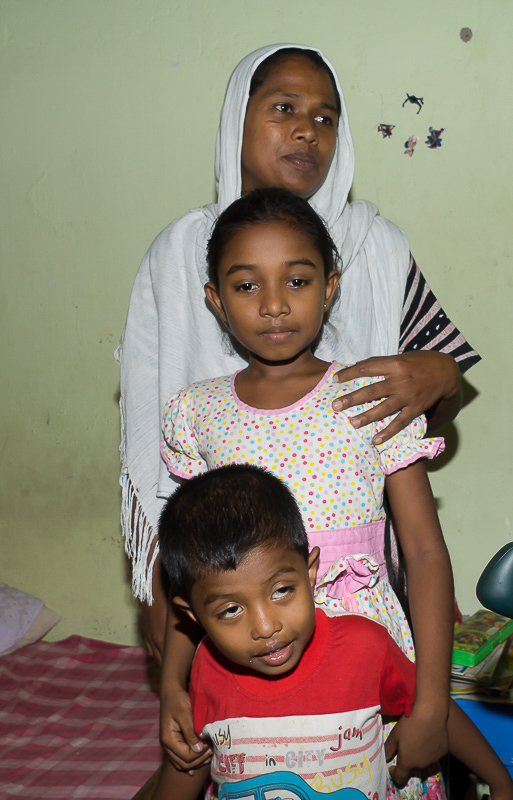 The house is in the middle of the Hambantota center and is incredibly small. Along with the parents-in-law, the brother of her late husband with his wife and child as well as two grown daughters from the father-in-law’s second wife all live there. This explains the tense relationship with her mother-in-law. Both sons are from the first wife who owned the house. After her death the sons inherited it and this is the reason why they could not throw Rasmiya out of the house after her husband’s death. 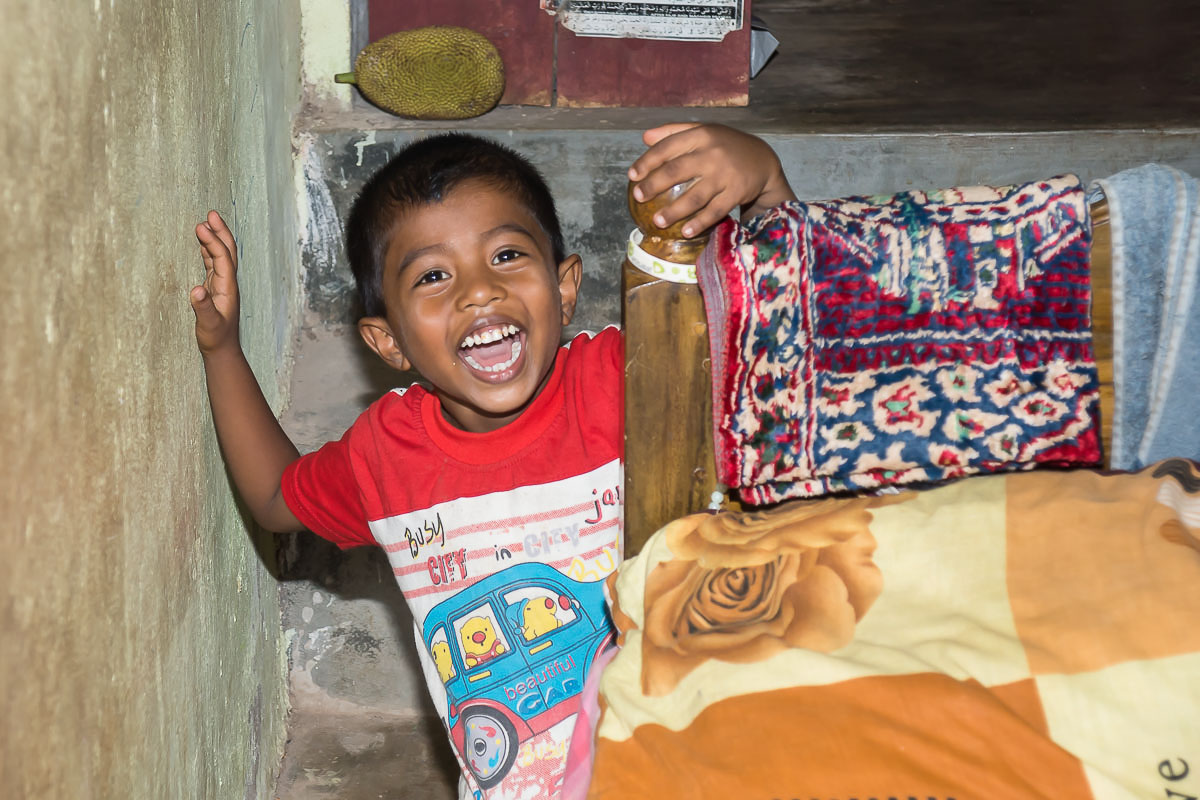 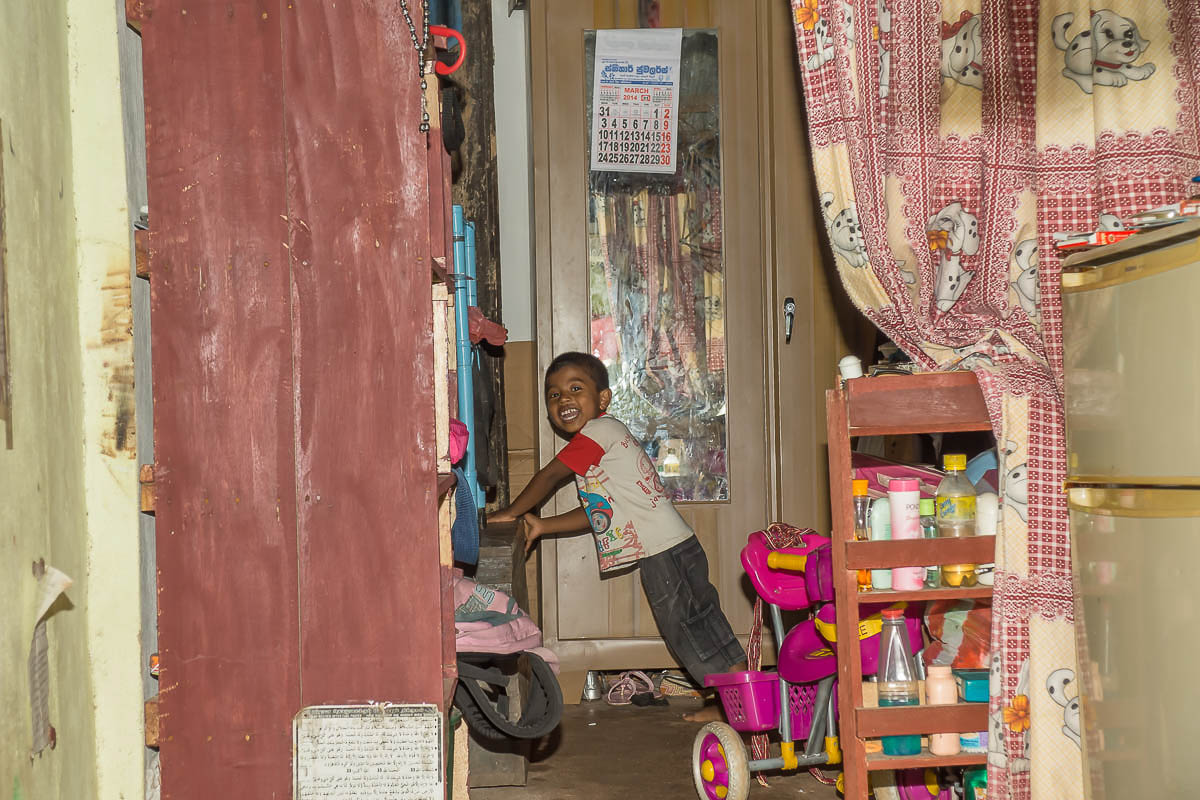 What she had described as a room was an additional wall in the corner of the backyard with a door and a roof. The windowless room was filled with a 160 cm bed where she sleeps with her children. Next to the bed one could only go sideward to the back part of the room with a fridge and a couple of shelves with their belongings.

Unimaginable that the woman had lived there 10 years with her family and still had to stay there the last two years since her husband’s death. We have seen a lot of poor housing situations but we were deeply shocked. Her in-law family does not have meals with her and the children. This is a more than shocking fact within a Sri Lankan family clan.

Rasmiya told us her story. As the youngest of nine siblings she was banished from her own family for going for a love marriage instead of a marriage arranged by her parents. She had not been allowed in her parents’ home for ten years. They only gave in when her husband was terminally ill. Two weeks after that visit he passed away due to liver cancer.

He must have been a very nice guy as for the last two years, former school friends as well as her brothers had been building a house on her Mother’s land without any payment for their labor. It was financed from various sources. In Sri Lanka Almsgiving on holidays is tradition and sometimes there was some money presented to her, other times bricks or the door and old windows. 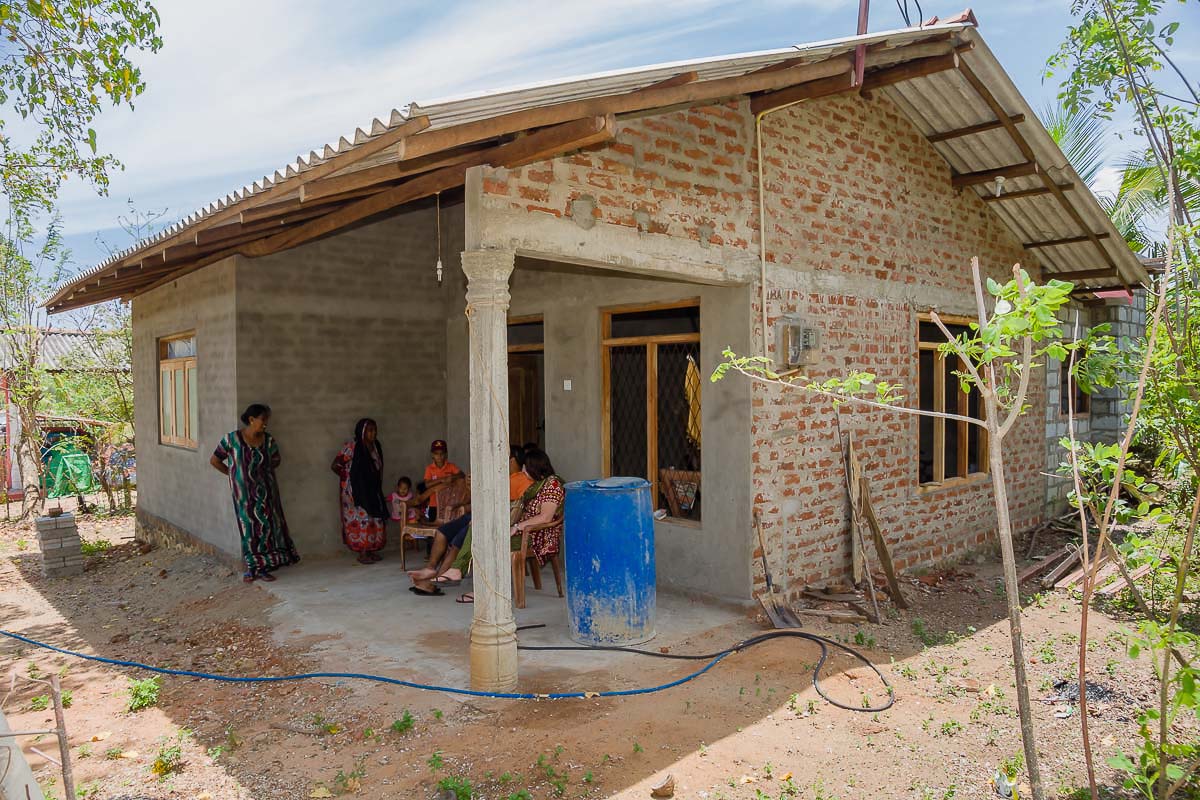 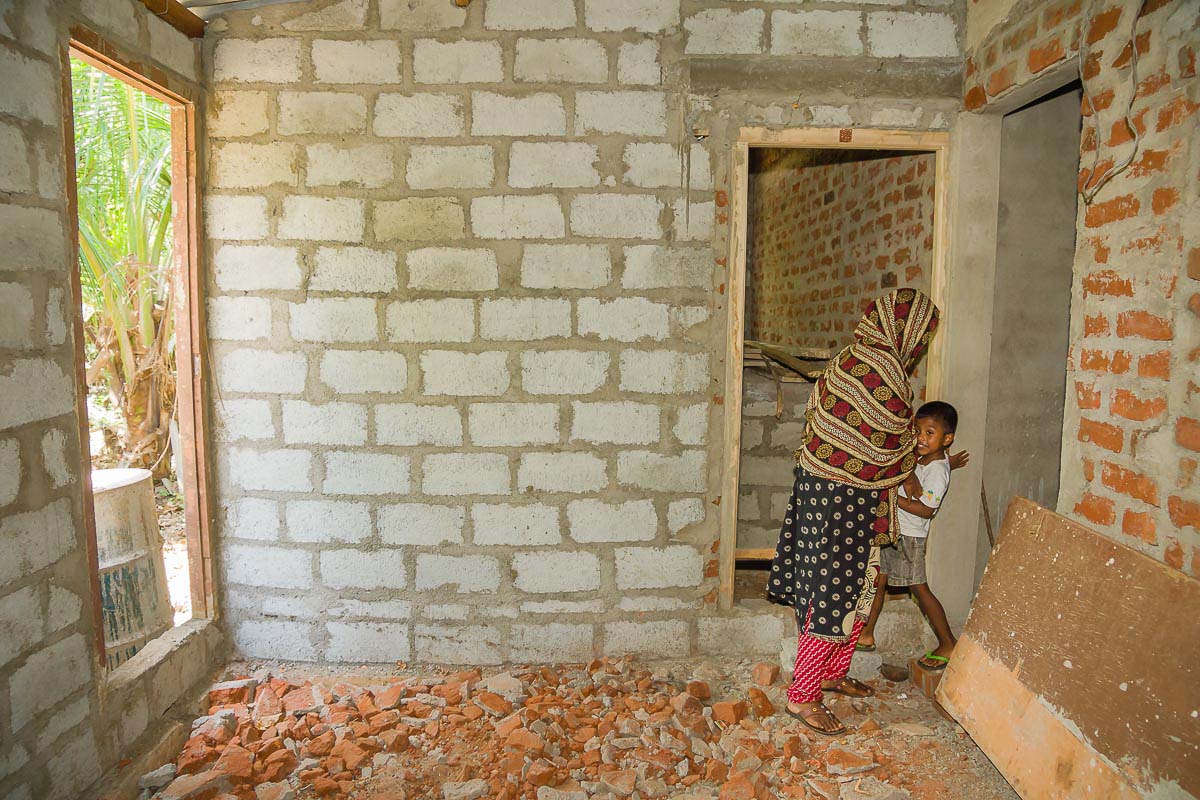 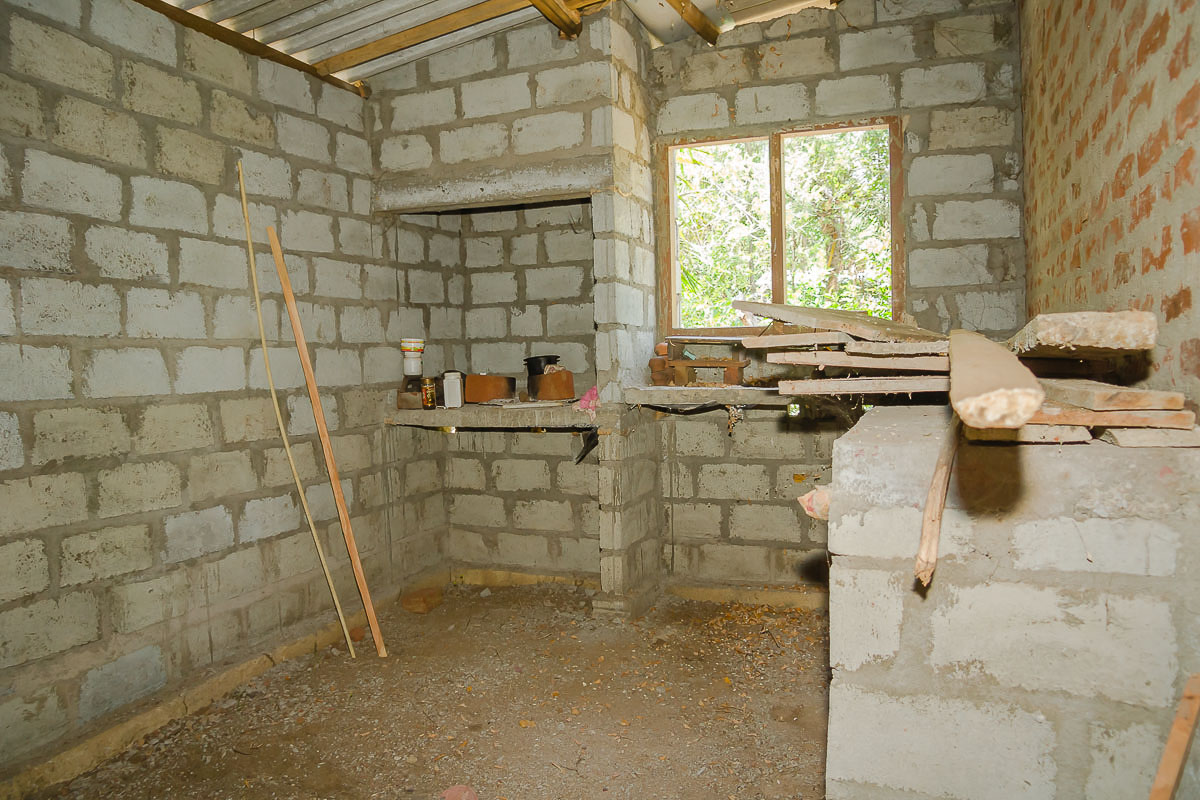 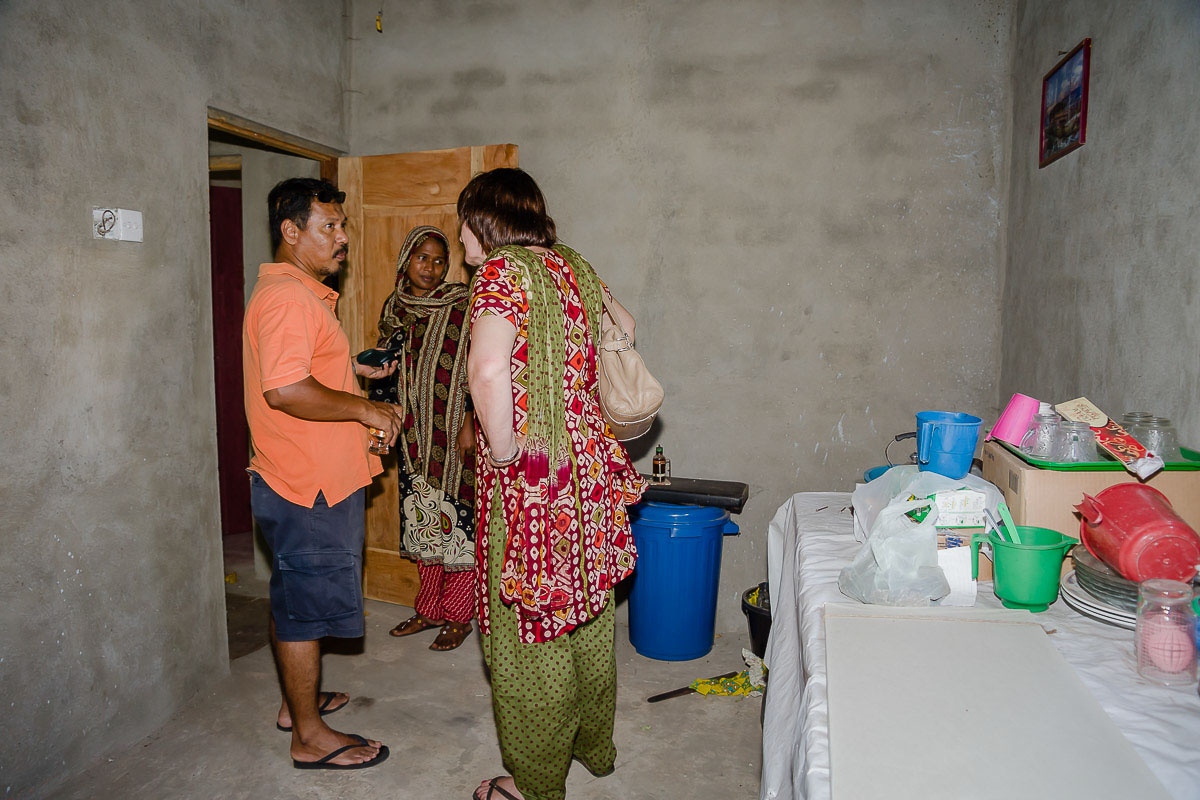 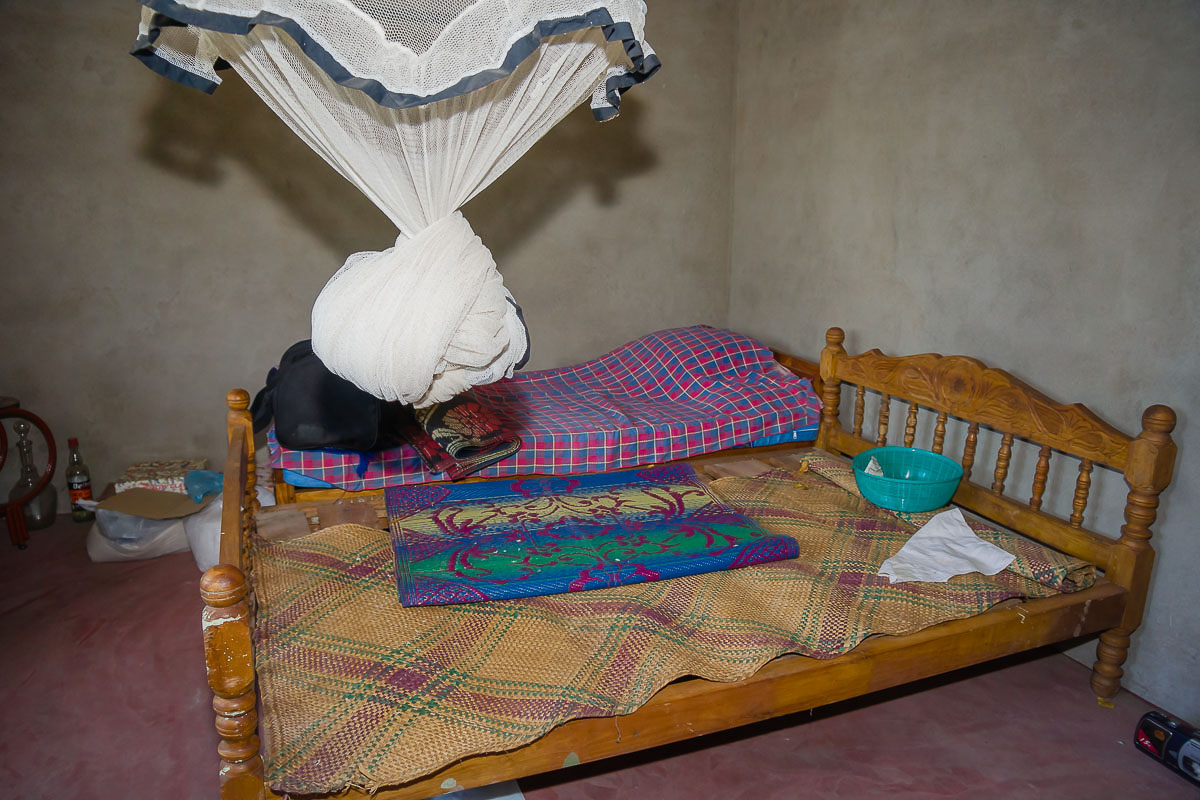 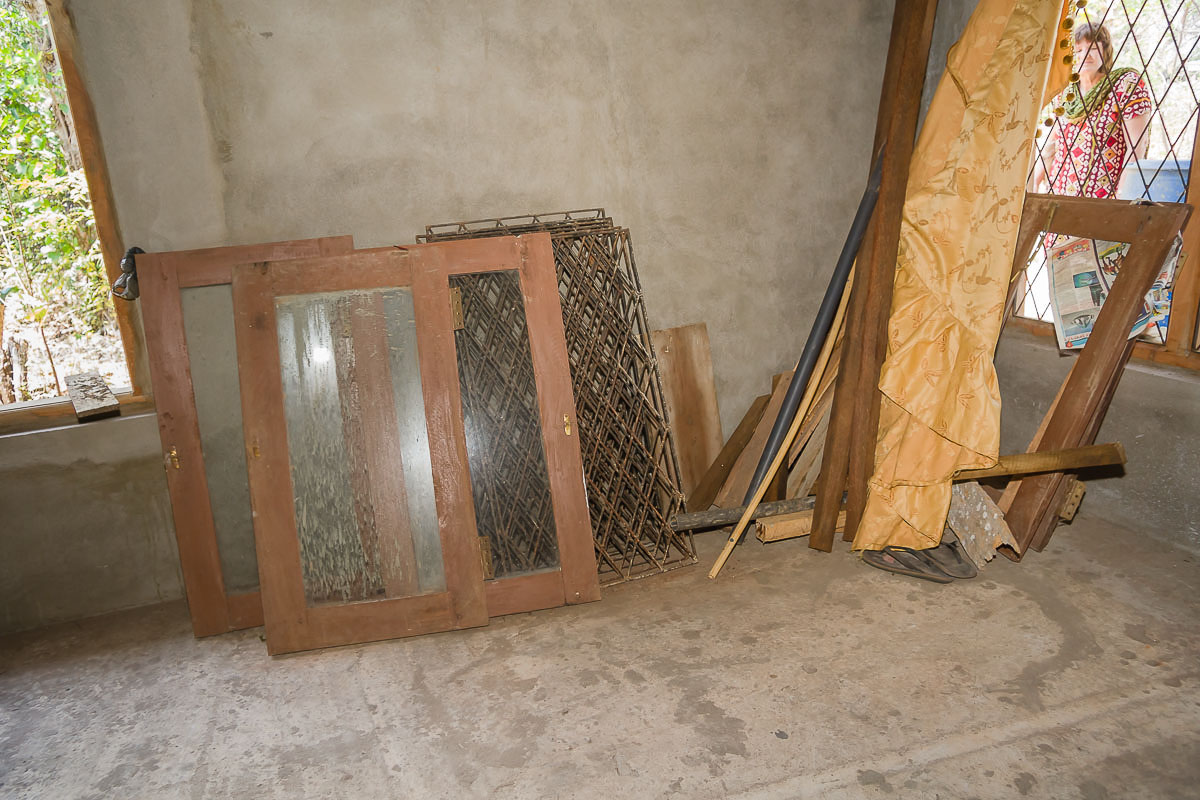 We had a look at the house outside Hambantota. It’s still under construction and in the middle of the houses of her siblings. The entrance door and the window in the bedroom are built in, the rest of the windows and the bathroom is still missing. There was a bed in the bedroom and she told us that she comes on the weekends with her children to this house. She is able to cook and use the bathroom in the adjoining houses.

The answer to our question why on earth she would not move completely was quite simple: the house of the in-laws is within walking distance to the school, whereas from the new place the transport would be Rs. 1000 (CHF 7.-) per child per month.

Rasmiya is working as a cleaner and for five hours of work receives Rs. 400 (2.80). Along with that she helps a bedridden old lady and a lot of people ask for her assistance if they have family parties and need help in the kitchen.

Thanks to the monthly sponsorship of Moni and Tom she will be able to move and change the circumstances for herself and the children dramatically. We handed her the amount of CHF 100 (50.- each for March and April) personally and the payments will go to her personal account in the future.

When the in-laws became aware of the money they told Rasmiya that she could no longer live in their house rent free. She would have to contribute at least to the water and electricity costs. As a reminder: half of the house belongs to her and the in-laws live at hers and her brother in-law’s house and not vice versa!

We asked her to get an estimate for the material costs to finish her new house. They add up to CHF 650.- and we will think about it and if there is a way we could help her any further. 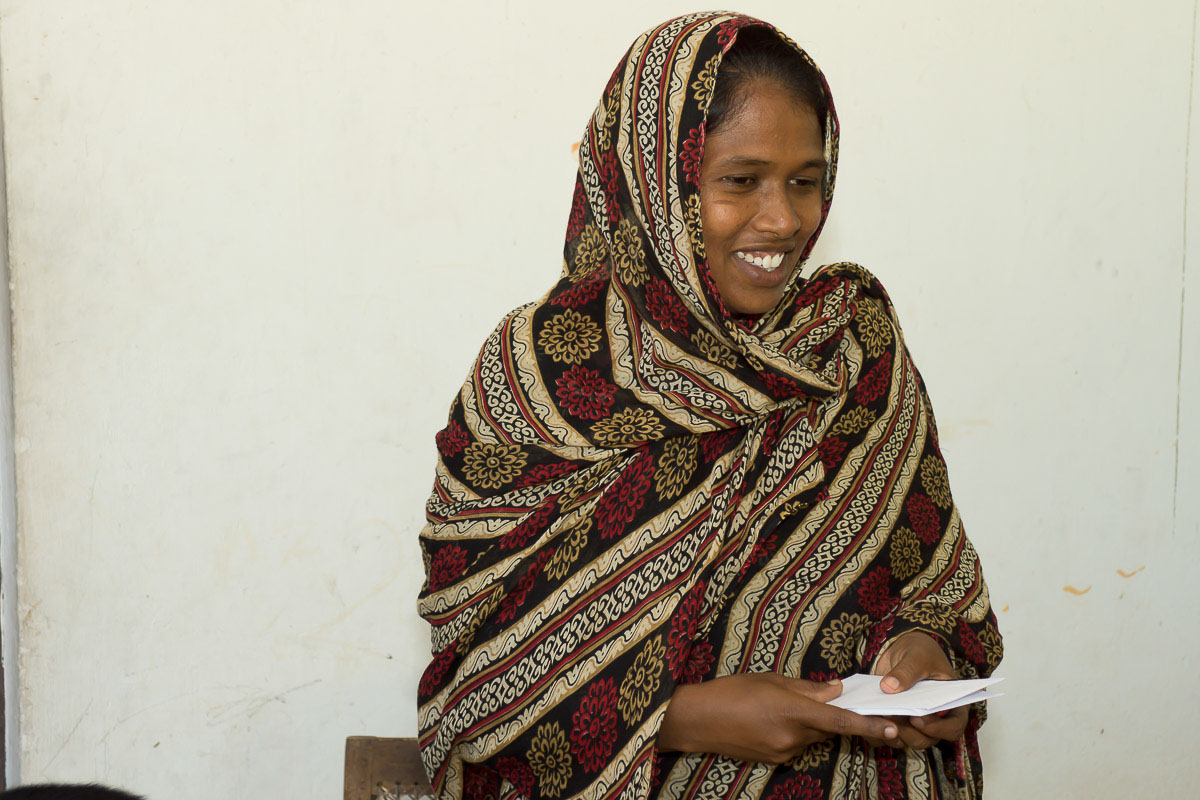 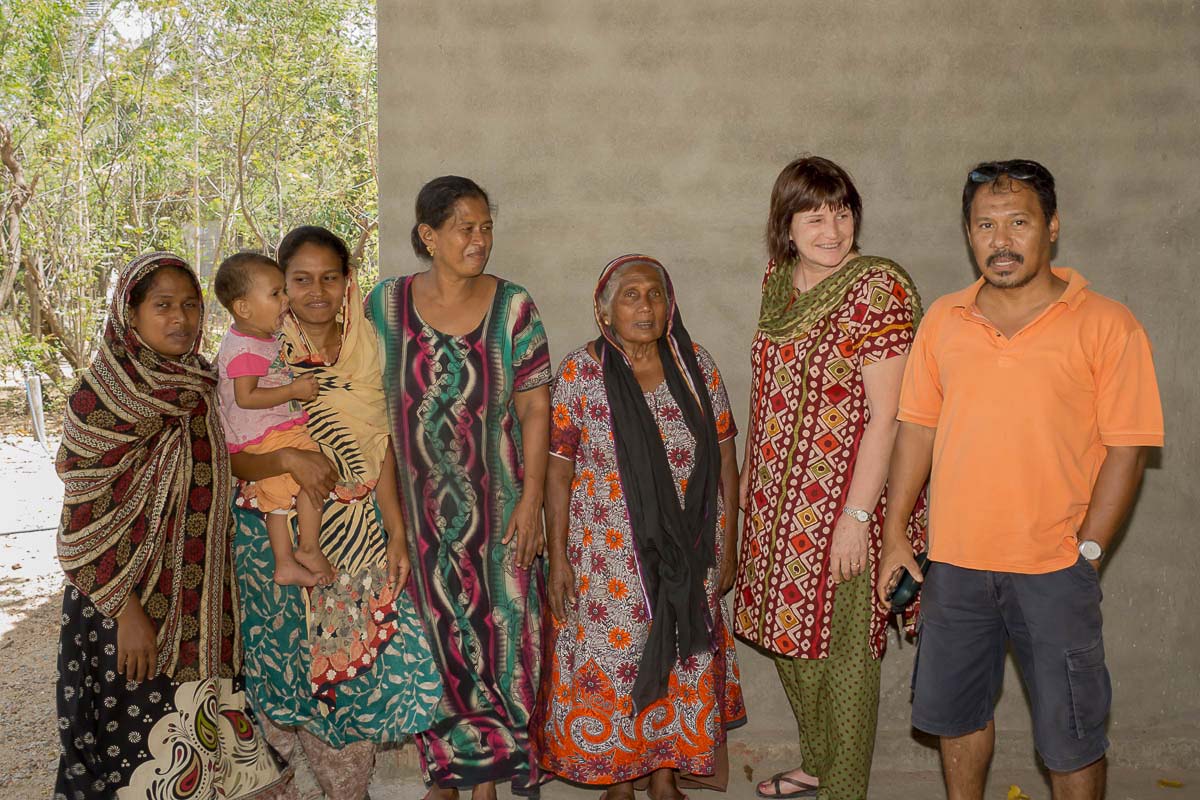 We handed her a credit from the Hambantota Micro-Credit pool. She has been buying Shalwars in Colombo to resell them in Hambantota.

Even though we spend a good part of our holidays checking on these people and their projects, and reach deep in our own pockets to help out, we always emphasize that we are only the bearer of the money. We would like to thank all the sponsors and the supporters. Without their help a lot of projects would not be realizable and we are the ones that can share in person, the joy of the people receiving the help.

We have experienced a lot of enjoyable things and some less joyous ones. To be frank, there are moments we ask ourselves: what the heck are we doing here?  and why do we not lay next to a beautiful pool?

The answer came from Rasmiya. Her heart touching happiness, her joy and her gratefulness towards the sponsors was not only visible – we could feel it.