Asjath was thrilled about our visit and the box of Lego Duplos we had for him. After a close look at the blocks and what I was doing with them, he immediately took to it and was constructing with ardor. Not without once in a while taking a look at Michel’s bag with the sweets…….

After 20 minutes he took all the blocks apart, put one after the other back in the box, closed the lid and went for the bag. When he had finished his chocolate bar he went back to the box and started to play again. 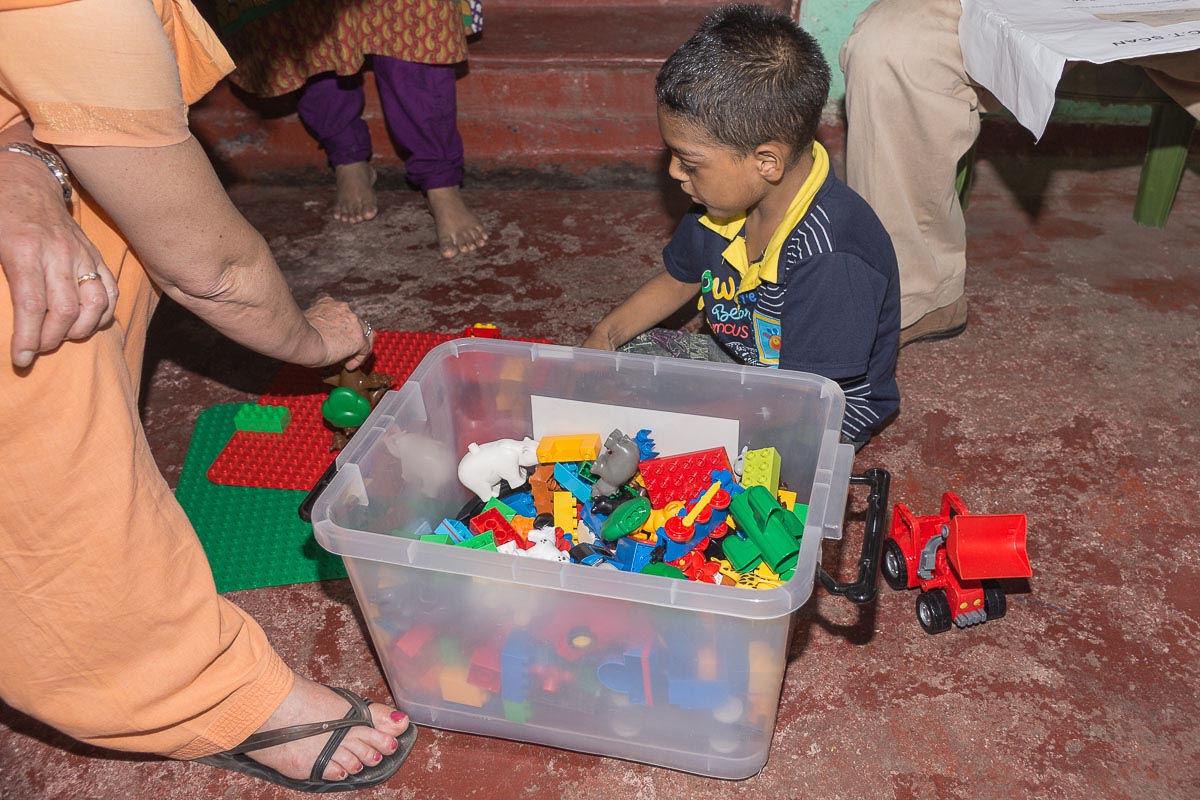 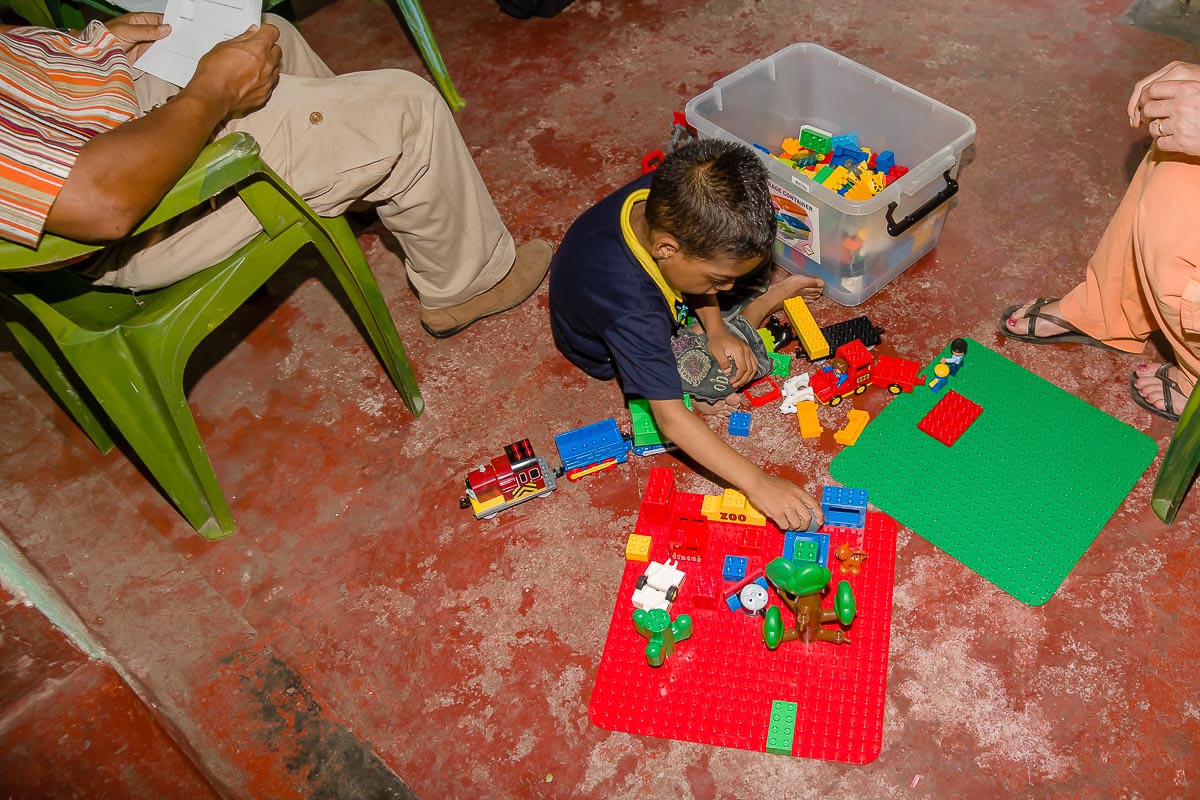 We could also see what kind of accurate little guy he is as his Mother showed us dozens of exercise books he had filled with letters and numbers. We were especially touched by books she had created herself. Each one a different theme, filled with pictures out of magazines: plants, animals, food, occupations etc. She would practice every day with Asjath. He should have gone to school last summer but was refused as he would not speak yet. She has high hopes for him to enter school this year.

Asjath understands every word but does not speak. He also does not have a word for us but a gesture: He mimicked Michel taking a photograph….. 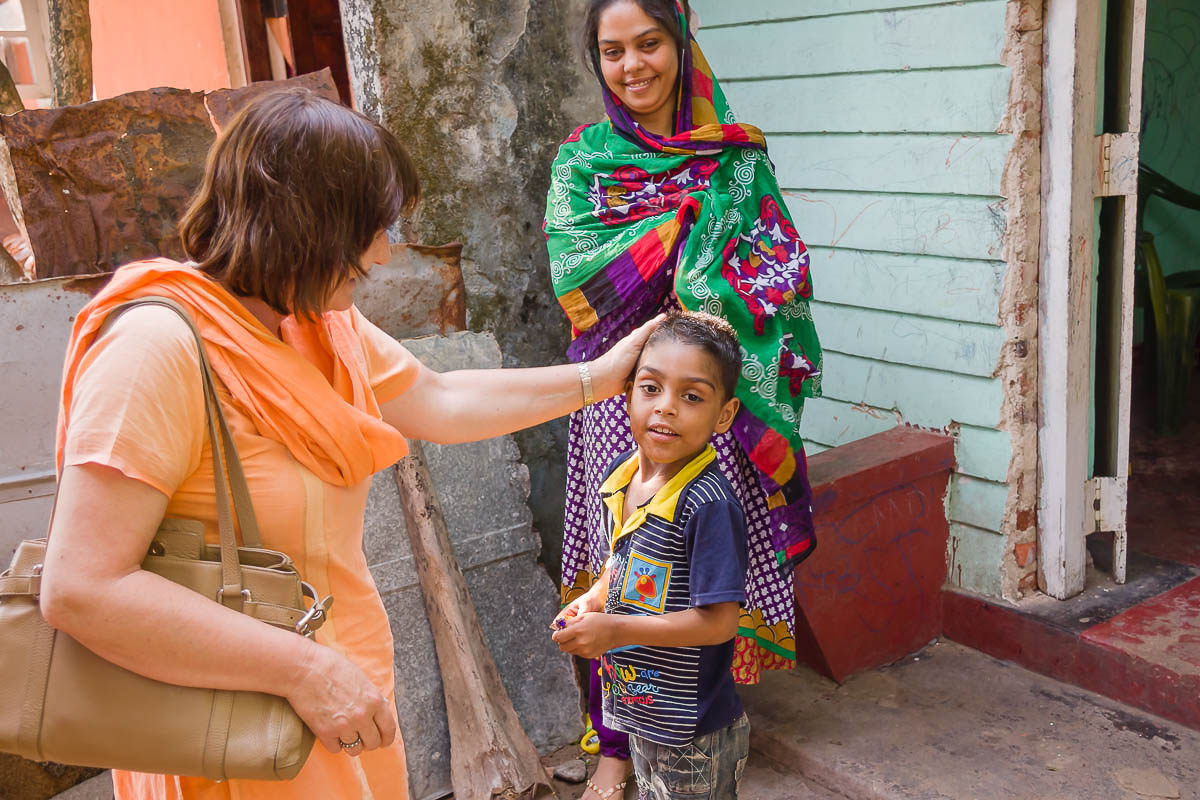 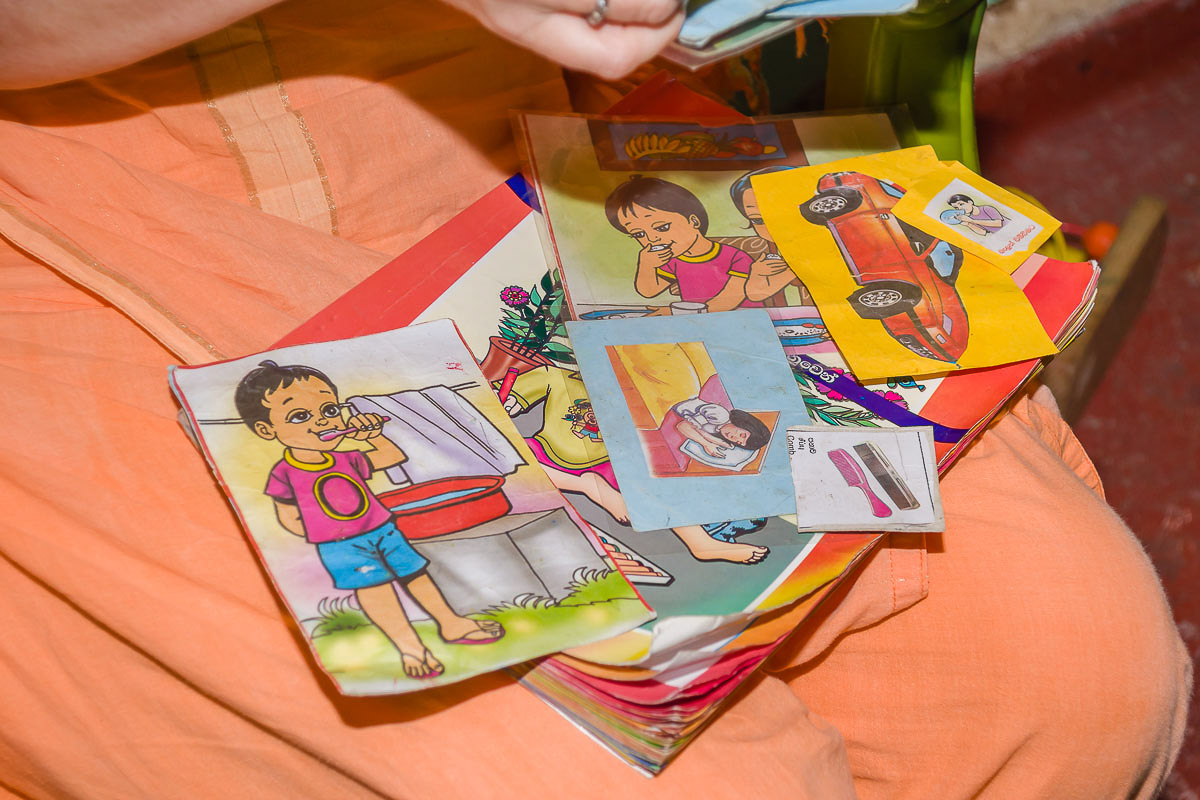 We gave in the name of my sister some money to the Mother with the condition that she use it for herself. This is as likely as Asjath starting to speak.

The boy’s health is surprisingly good.  Only when he ran after Michel, who was looking for kids to get rid of the sweets, he was gasping.  Meanwhile his face was glowing with excitement. His Mother handed us the newest reports from the hospital in Colombo and asked us to show it to a doctor in Switzerland and ask for advice. 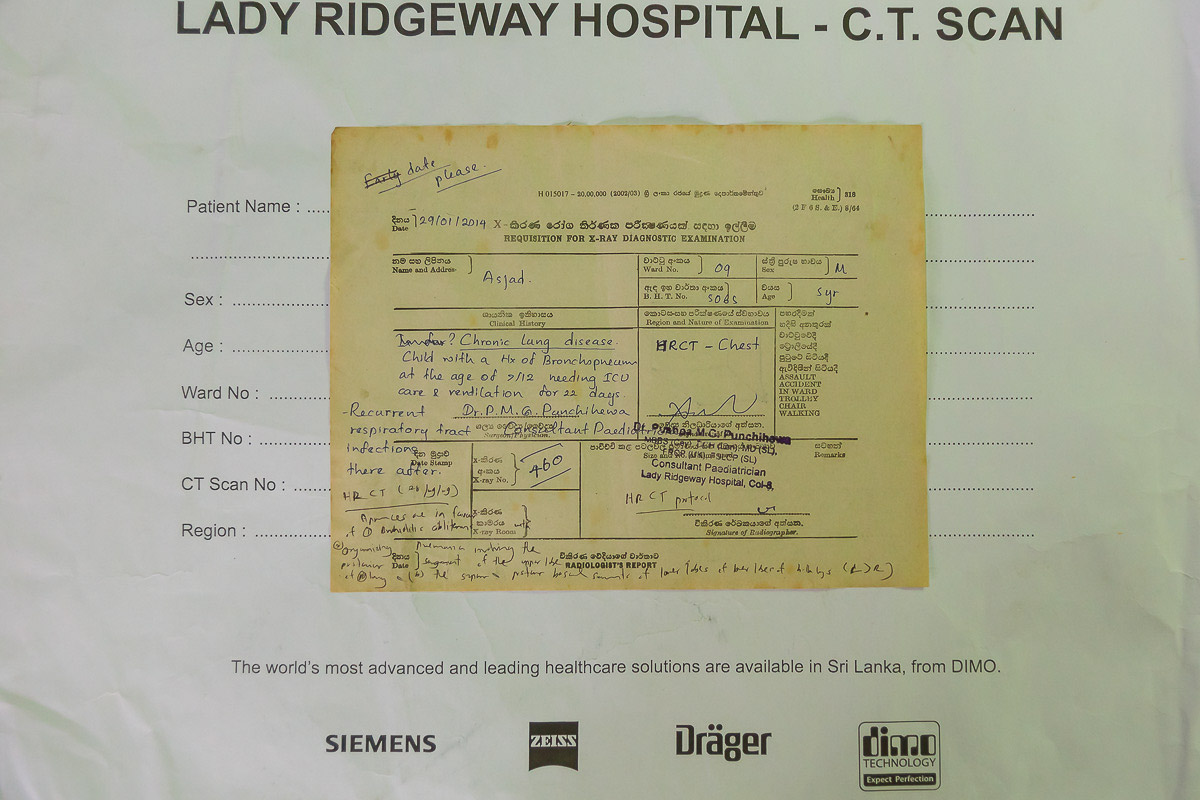 We have 92 guests and no members online