The suggestion to start an appeal on the intranet came from the highest rank of the Bank CIC.  “Five Swiss francs for a playground” was a big success and in a short period of time there was CHF 1,000 in the account.  Our thanks goes to all who contributed and to the Bank for providing the platform 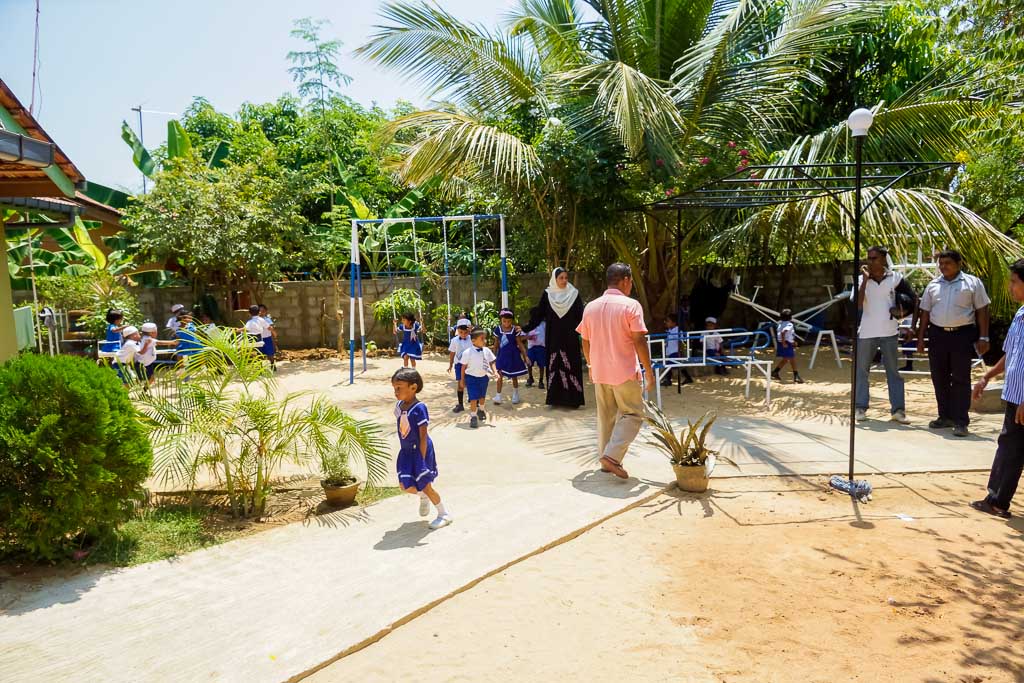 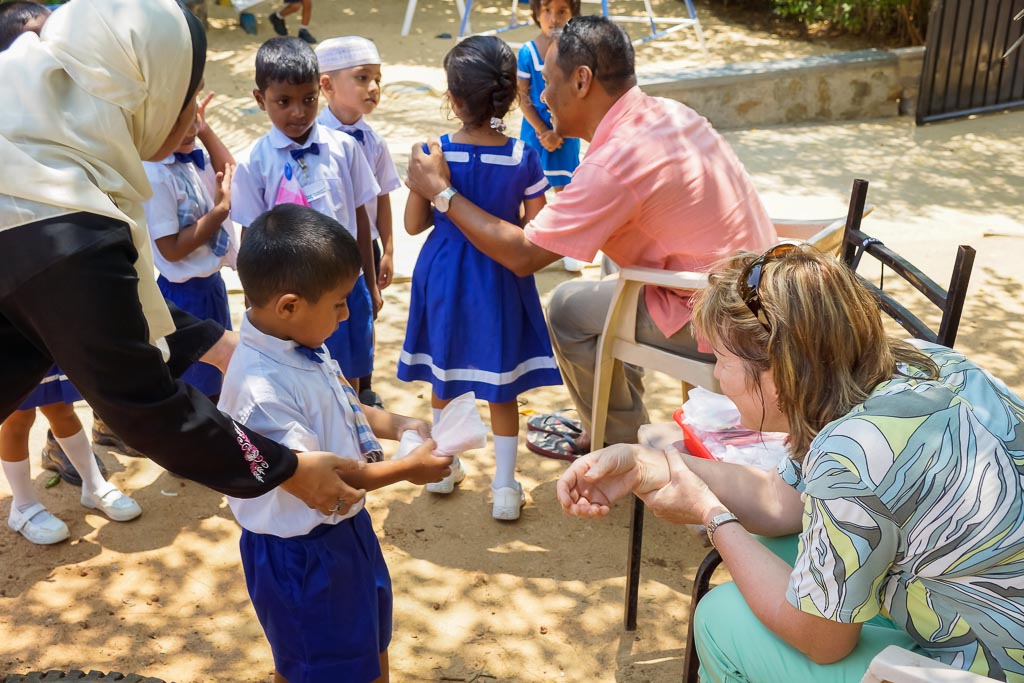 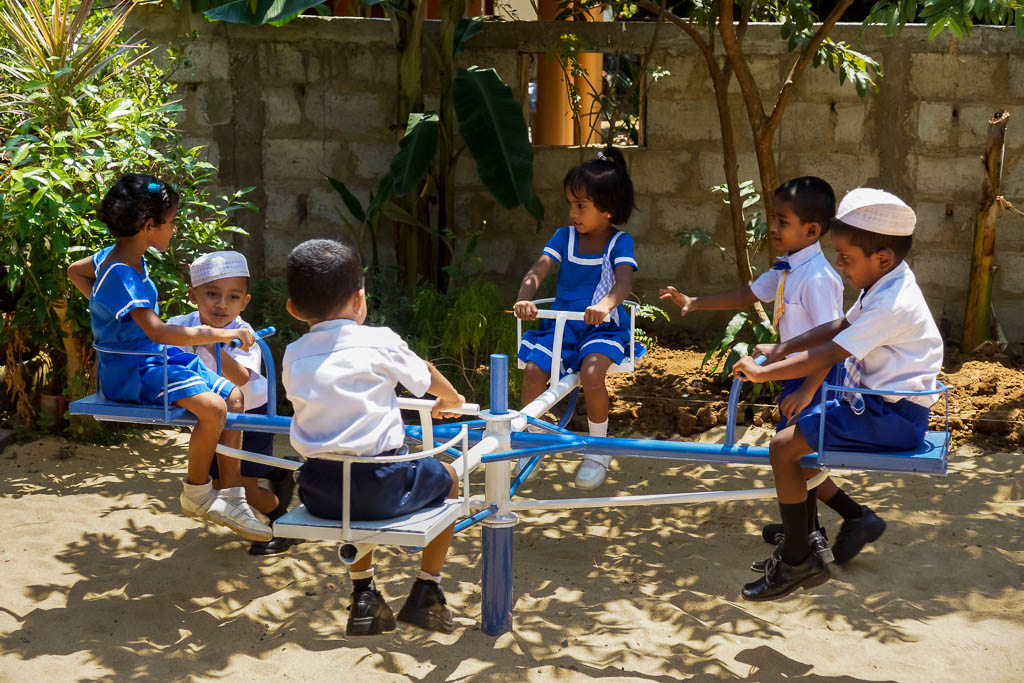 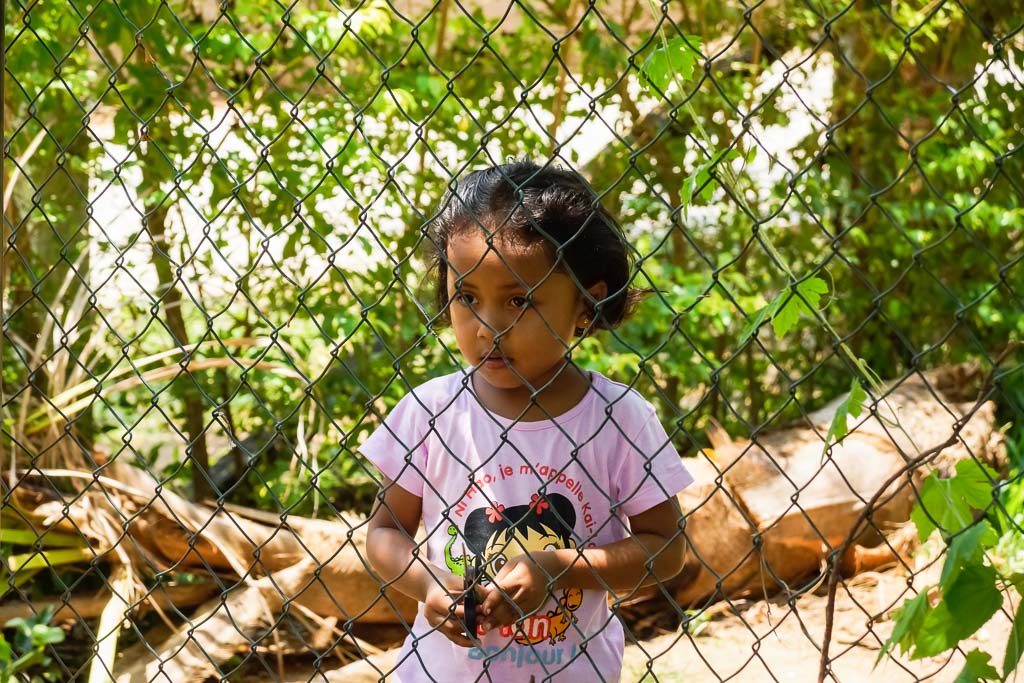 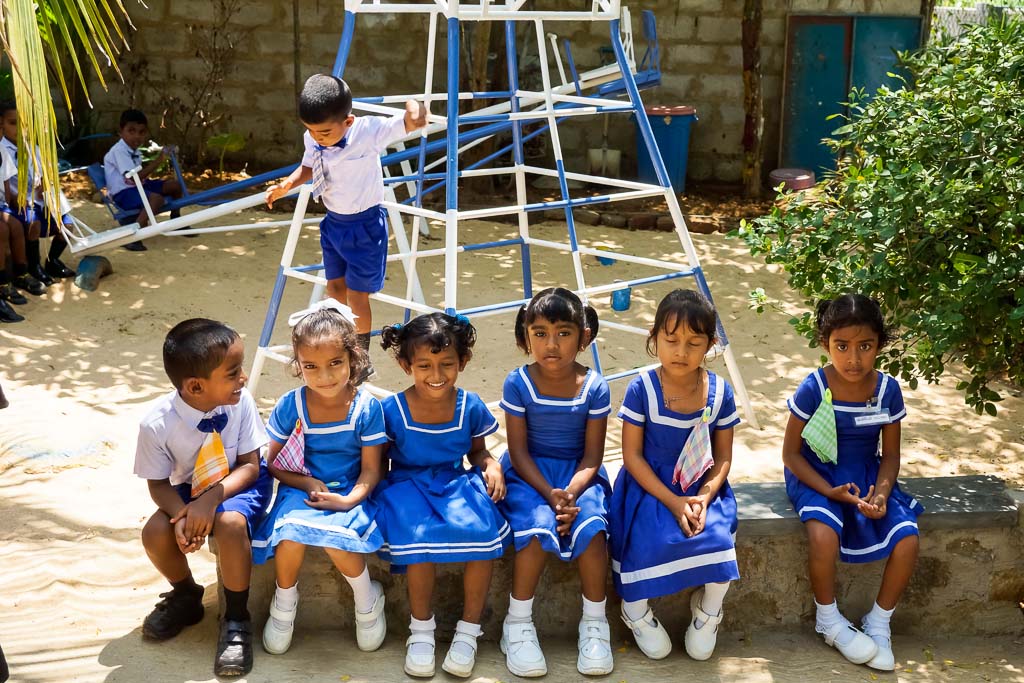 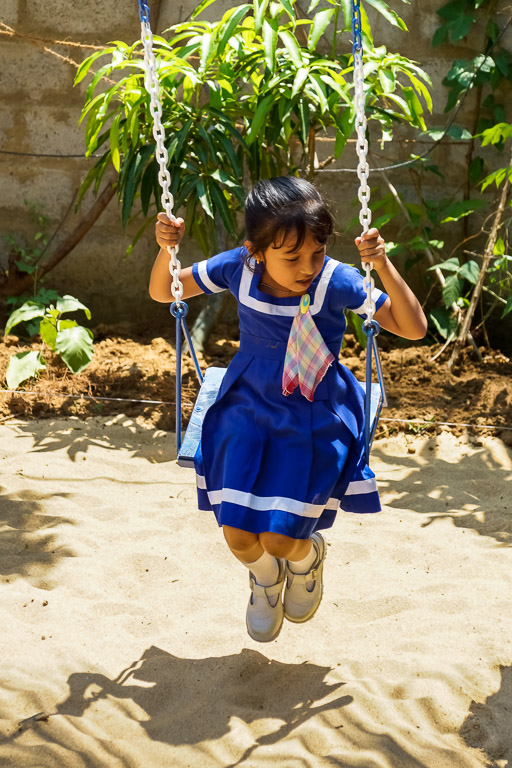 We shared the good news with Roy and told him to get started.  The kindergarten teacher had sent us the plans and the estimate of the costs earlier. Roy took the money for the down payment from the Micro Credit fund in Hambantota and by the time we arrived, there was a brand new playground in the garden.

All we had to do was to balance the Micro Credit fund, pay the rest of the bill and enjoy the children playing and having fun.  The costs added up to CHF 800.-, and there was enough money left to provide a much needed water tank.  The toilet at the kindergarten was fueled by the small water tank at the main house.  The sink at the entrance was still without water.

We handed the kindergarten teacher CHF 250.- for the water tank and construction of a platform for it, along with the necessary plumbing for the toilet and sink.  As soon as it is finished she will send us pictures.  So there was still some money left!  She wished for Lego blocks for the children.  The ones available in Sri Lanka are very poor quality and we will look into e-Bay for bargains on the real Legos. 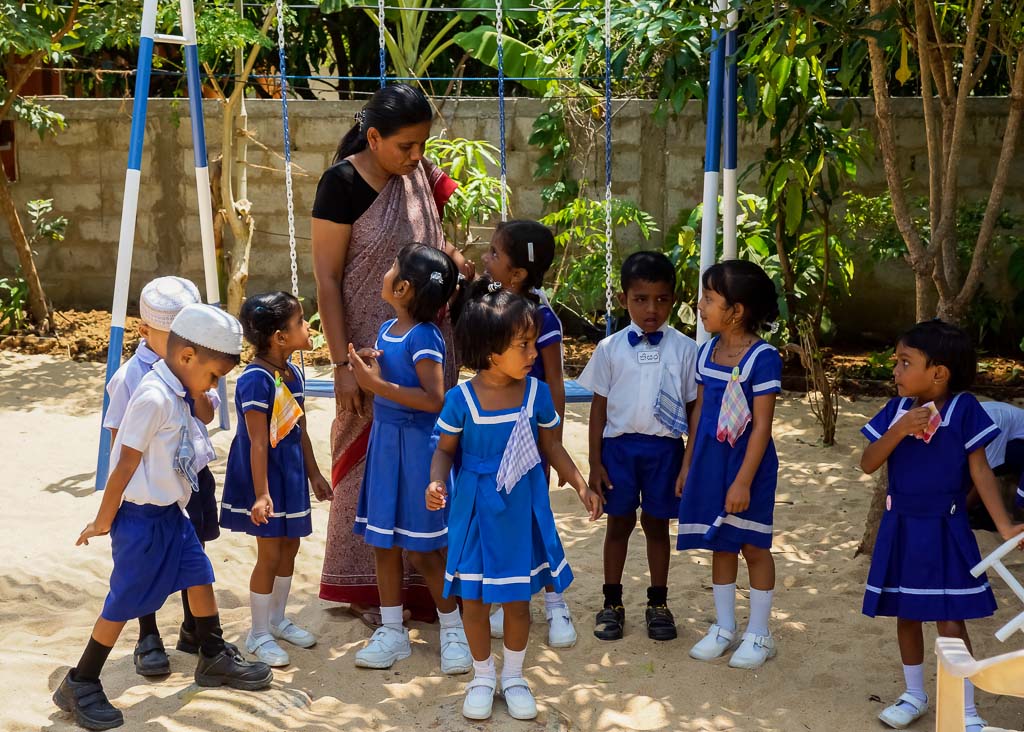 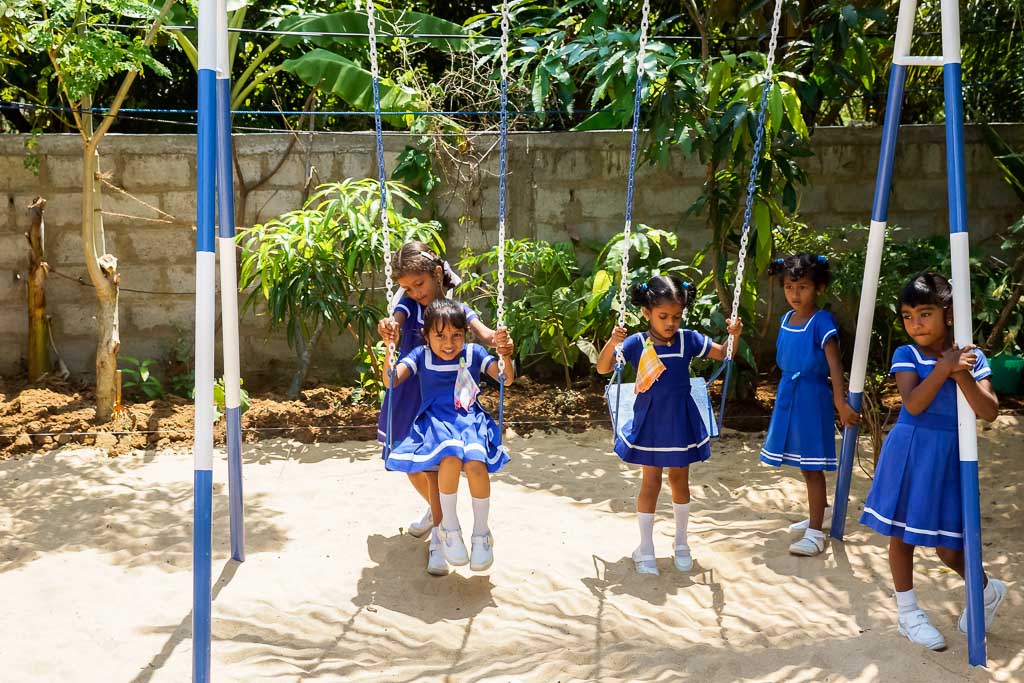 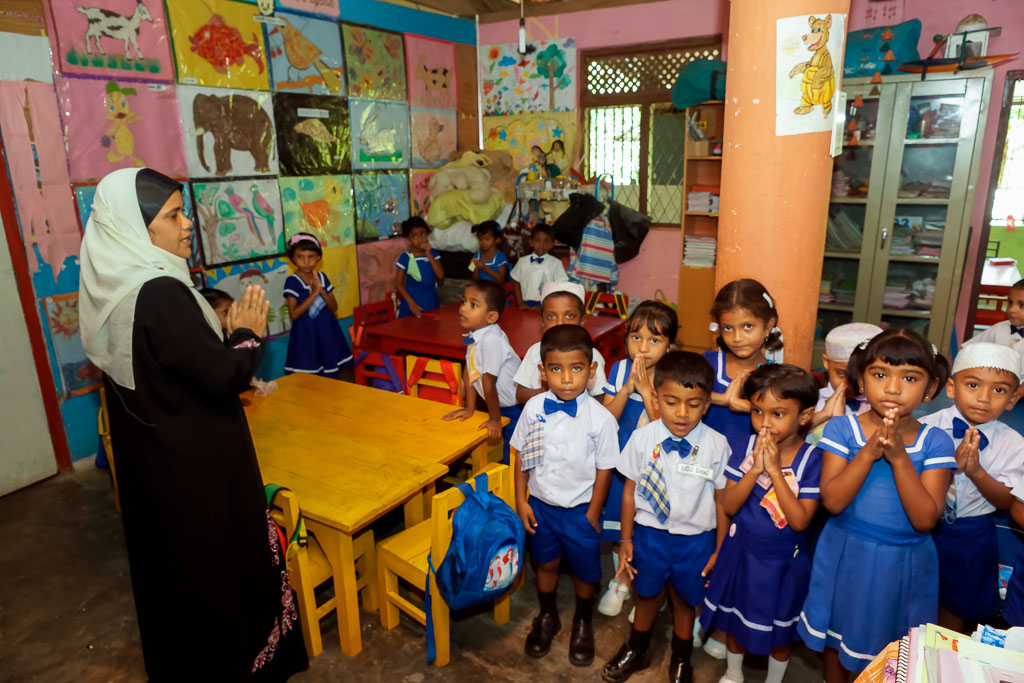 It was so much fun to spot the small ones from last year among the bigger children and see a lot of new faces.  We were especially drawn to a small girl literally sticking to the fence from the other side, watching all of us with big eyes.  The kindergarten teacher told us that the girl stands there quite often and next year she will be old enough to enter kindergarten.

When Michel started to hand out the sweets, he wanted to give some to her also, but she had suddenly disappeared. A short while later we spotted her among the kindergarten children waiting for their share. Good thing that she already knows the way to her future kindergarten.

Here you can see some videos of the children :